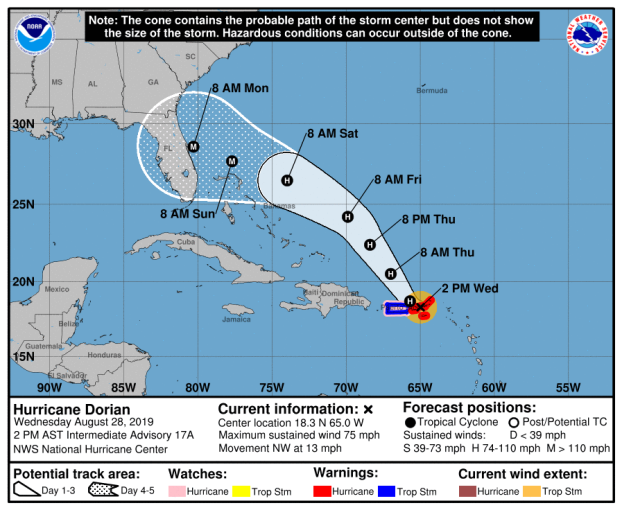 The National Weather Service is continuing to monitor newly declared Hurricane Dorian as it moves through Puerto Rico this afternoon.  The most likely scenario is for Dorian to move northwest toward the Florida peninsula through this weekend.  It is forecasted to become a major hurricane by late this weekend before its arrival on the Florida east coast.    Early next week, there is potential for Dorian to be in the eastern Gulf of Mexico.

Also, a weak low pressure system may develop over the southeast Gulf this weekend.   This potential system is forecasted to move westward across the southern Gulf early next week.
We will be providing daily updates on these systems until the threat diminishes for our region.
You Might Like

By Michael Cole The Orange Leader   Commissioners discussed everything from position reclassifications to recycling and pay schedules for county... read more