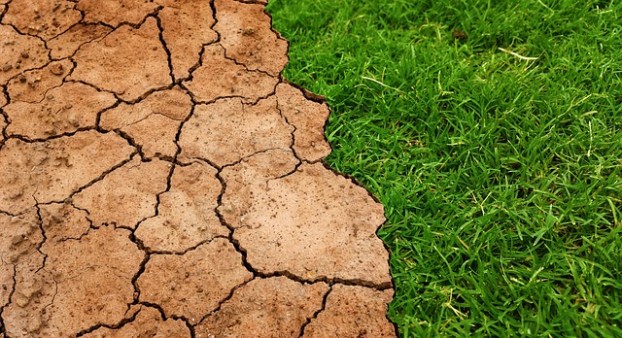 Ever heard of Anthropogenic?

In its simplest sense, Anthropogenic means caused by human activity (or inactivity). I ran across the word while doing research on climate change. The opposite of Anthropogenic would be caused by mother nature, otherwise known as natural. [Even my spell-checking software had never heard of it and I had to add it to the dictionary.]

When I think of climate change I think first in terms of natural periods of global cooling or warming. These are usually referred to as ice ages and warm periods, or as glacial and interglacial periods.

In overly simple terms, the sun heats the earth surface with visible radiation, while at the same time, infrared radiation emanates heat back up into space, causing cooling. If both remain constant, the temperature stays the same.  If either one increases or decreases the balance changes; that is what “climate change” is all about.

Mother nature has adapted to these changes and evolved so that some objects (like trees) thrive on carbon dioxide as their fuel and expel oxygen as waste, while we (humans) breath in oxygen as fuel and expel carbon dioxide. Again, in overly simple terms, there is a balance here where different objects support each other.

It seems that most of the blame for our current climate changes are being called Anthropogenic – caused by man.

Modern man has been burning fossil fuels for a long time, especially coal. Starting in the 1700s with the invention of the steam engine, followed by the growth of the industrial revolution, the use of fossil fuels increased exponentially; with the introduction of the light-bulb and the automobile, even more.

And in the 20th-century man learned how to separate and use other parts of petroleum to make synthetic materials such as plastic.  Here in Southeast Texas, petroleum and its byproducts are a major element of the economy.

The concern seems to be that some of our human activities, especially in the last few hundred years, have been messing with mother nature and upsetting some balances.

The carbon dioxide seems to collect in the atmosphere and create something of a blanket – preventing the cooling infrared radiation from rising into space. This blanket creates something of a greenhouse effect, also known as “global warming”.

So, the problem that people seem to be worried about is this blanket which prevents some of the infrared radiation from escaping into space.

Is it all fossil fuel-based? NO.

The food we eat plays a major role in adding to the blanket. Trees are cut down to make more farm space. Chemicals, such as nitrogen fertilizer, are added to the ground and to plants. Nitrous Oxide is about 300 times more potent than CO2.

Animals are raised to provide meat. It seems that in addition to exhaling carbon dioxide, decomposing animal manure also gives off carbon dioxide and methane – both of which contribute to the blanket. Methane is 30 times more potent than CO2.

Is it lifestyle-based? YES.

Think about what could happen if the American love of burgers and hot dogs became adopted by all of the third world countries!

A thousand years ago the Vikings sailed to the Black Sea and Asia. To do that today, one would have to sail all around Europe and then west through the Mediterranean.  But the Vikings sailed directly across Europe – because the seas and rivers were much higher then. Today they are lower – and that is a natural fact. That’s a natural part of climate change. So too was the “mini ice age” from the 16th to the 19th centuries.

What’s happening today is a combination of the natural climate cycles PLUS Anthropogenic influences.

The world as we know it needs to adapt if it wants to survive.

Do you want to give up your cars? Your food? Your comfort?

All climate change stuff may be confusing, but at least you learned a new word today – “Anthropogenic”.

J David Derosier is a retired technology professional and worked for several years in a business that developed technology to prevent the use of cellular devices in restricted areas, without jamming.  Prior to that, he worked with Fortune-500 companies in Information Security (InfoSec) with a global focus on National Security. Today he consults with small business on planning and marketing issues, and provides web design and hosting services.  He can be reached at JDAVID@Strategy-Planning.info.

Mary Ekene Mike Wells and Davin Myers have a gift they were sure would play a significant role in their... read more