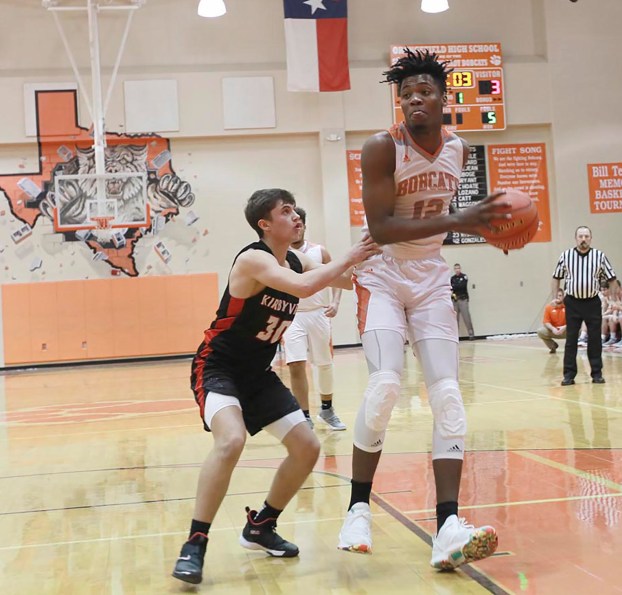 Catt to play hoops in Florida

ORANGEFIELD — The Orangefield Bobcat boys basketball team had their most successful season in school history last year, powered by a 6-10 gem in Valentin Catt.

Catt will not be back in Bobcat Country for his senior campaign as he is moving to Florida. Catt missed the UIL age requirements by two weeks according to his father Michael Catt.

Catt helped lead the Bobcats and head coach Jake McDonald to a school-record 29-9 mark as Orangefield advanced to the third round of the playoffs for the first time in school history.

Catt was named the Most Valuable Player on the All-Orange Leader Team.

In his first year of competitive varsity basketball, the young man delivered on both ends, especially on defense, where he challenged almost every opposing shot.

Catt averaged 15 points, 11.4 rebounds and blocked 5.1 shots a game. He upped the ante in the postseason, where he was so instrumental. In the playoffs, he notched 15 points a game, 13.3 rebounds and 14 blocks in averaging a triple-double the hard way. He had an amazing 18 blocked shots in the bidistrict playoff win over Diboll.

HUFFMAN — The Orangefield Cross Country Team participated in the Huffman Relays to start their season this past Friday. Both... read more