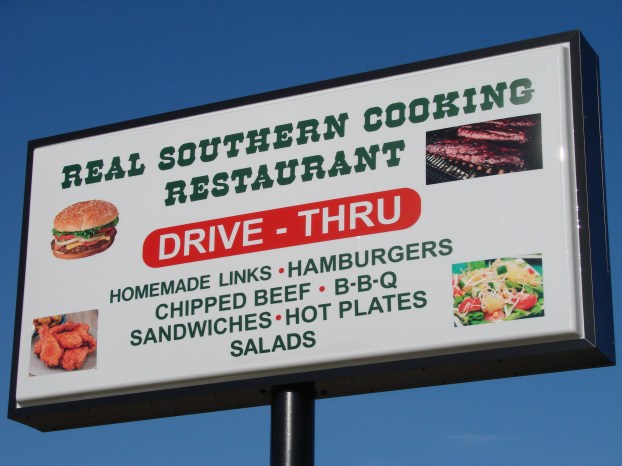 Mike and Jeanne Rhines have been in business on the corner of Green Avenue and 11th Street for over 25 years.

Mae’s Snow Cone stand was the first business they operated on the corner.

“I think before that it was a car wash.  But don’t hold me to that,” said JoAnn Apacanis.

JoAnn will be in the kitchen cooking.  Her and husband, Oshua, operated JoAnn’s Kitchen on this corner for several years.  Then Harvey flooded the building.

“After Harvey, we waited about six months to begin rebuilding.  JoAnn operated out of a very small kitchen in the area where the snow cone stand was.  We decided this time to expand the kitchen and add a drive-thru,” said Rhines. 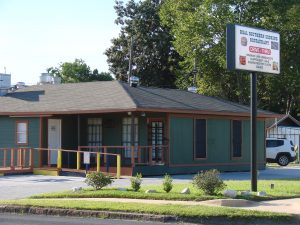 Bobby Tingle/The Orange Leader
Real Southern Cooking will open its doors at 10:30 a.m. on Monday, August 19 at 1111 Green Avenue in Orange. The newly renovated restaurant offers a spacious dining area and a drive-thru.

Rhines will have several cooks contributing to the menu offering when they open.  Jill Mosby and others will join JoAnn.

Each has their specialty.

Each will focus on what they do best.

“Consistency will be our goal,” said JoAnn. “And we will keep the family atmosphere.”

Real Southern Cooking Restaurant is located at 1111 Green Avenue in Orange.  The phone number is 409-330-4156. You can call in your order and pick it up in the drive-thru, or you can eat in their spacious dining area.

“I make homemade BBQ sausage links,” said Rhines. “That and Oxtails will be our specialty during the week.  On Friday we will feature Catfish Pontchatrain.”

Rumble on the River returns

From staff reports   The Orange Convention & Visitors Bureau, in collaboration with Pro Watercross, present Rumble on the River,... read more