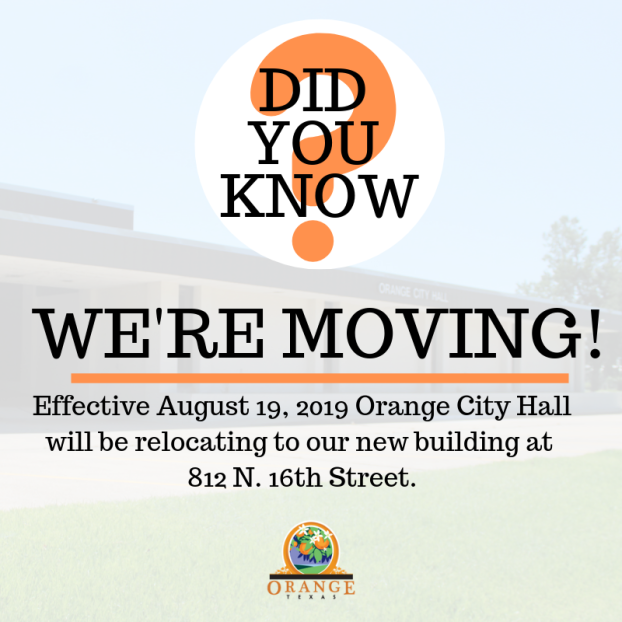 Friday marked the last day at the old location of Orange City Hall.

All city business will be conducted at the new location beginning Monday, Aug. 19.

All phone numbers and email addresses will remain the same.

“The movers will be moving us to the new City Hall on Monday,” Interim City Manager Kelvin Knauf said. “Citizens will be able to pay their utilities there starting on Monday.”

At the former Orange City Hall, it housed the Personnel office and Billing and Collection office on the first floor of the building. The offices of the City Manager, City Secretary, and Finance Department were located on the second floor.

Orange City Hall, 803 West Green Avenue, was originally the home of E.W. Brown, Jr., a prominent Orange businessman and philanthropist. The City of Orange purchased the building in 1944.

Orange Convention and Visitors Bureau was located behind the building.

By Bobby Tingle The Orange Leader   Mike and Jeanne Rhines have been in business on the corner of Green... read more