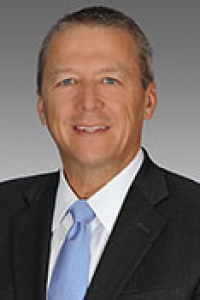 Ron Simmons: I will not seek election to public office in 2020

“After much prayer and discussion with family, friends, and trusted advisers I have decided not to seek election to public office during this cycle. While humbled and honored by the countless number of calls, texts, and emails encouraging me to run, I believe the best use of my time and effort in the public service arena will be outside of an elected office. I do intend, however, to keep fighting for good, common-sense conservative public policy for Texas.

Being elected three consecutive times to serve as the State Representative for House District 65 was an incredible honor and one that I cherished greatly. I did my very best to serve the great Texans of the district and the entire state, and I’m proud of my record in ensuring that Texas remains the national leader in providing jobs, opportunity, and freedom for its citizens.

I am not ruling out entering the political arena as a candidate in the future, but for this cycle my time is best spent helping Republicans get elected in HD 65, CD 24, and other offices throughout Denton County and North Texas.

I want to thank my wife of 39 years, Lisa, for her never-ending support from day one, as well as my three children who have all sacrificed for me to be able to serve Texas. It was a sacrifice they made willingly, without complaining, and they were always ready to do more. May God continue to bless the great state of Texas!”

During his three terms, Representative Ron Simmons built a solid conservative record of accomplishment. As the Chairman of the Subcommittee on Long Term Transportation Planning, he was the primary author on transformative transportation legislation that put in place a system of funding projects based on strategic needs as opposed to political influence. In 2017 Simmons also was the author of the bill to eliminate “one punch” straight-ticket voting, which encourages voters to elect leaders based on merit rather than political affiliation. Representative Simmons was a thoughtful leader in caring for the disabled, authoring several pieces of legislation for those affected by autism and other disabilities. He was named the Most Valuable Player by Capitol Inside in 2013 and was recognized for his leadership by organizations such as Americans for Prosperity, Texas Association of Business, Texans for Lawsuit Reform, Texas Title Insurance Association, and Texas Association of Builders.

In 2019 Governor Greg Abbott appointed Simmons as Chairman of the Board of Texas Mutual Insurance Company, a multi-billion dollar firm that is the leading provider of Workers Compensation Insurance for Texans. Additionally, Representative Simmons recently joined the conservative Texas Public Policy Foundation as their Senior Distinguished Fellow for the Right on Work Project. In this role, he is working to ensure workers develop the skills needed to attain quality jobs, thereby reducing reliance on government assistance.  Simmons is the son of two public school teachers. He and his wife of 39 years, Lisa, have three adult children and three grandchildren. Ron is a distinguished alumnus of Dallas Baptist University and the co-founder and Chairman of Retirement Advisors of America.

ORANGE COUNTY: I10 eastbound, just past the Neches River, is down to one lane due to an incident involving an 18-wheeler. Expect... read more