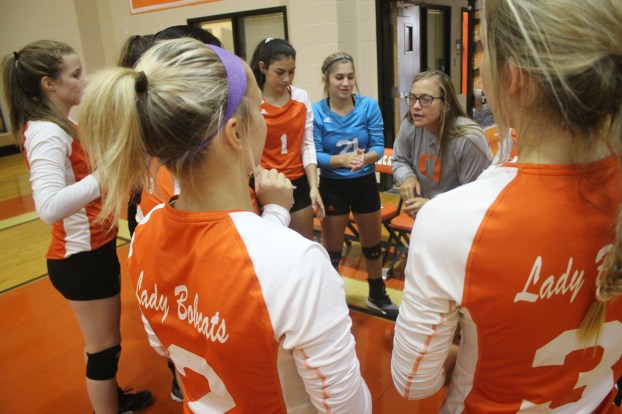 Van Wade/Orange Leader Orangefield volleyball coach Ashlee Broussard belts out instructions to the Lady Bobcats in their match against Deweyville.

ORANGEFIELD — There was plenty of busy action at the Orangefield Lady Bobcat Tournament Thursday as 10 teams were in the field as the tournament will conclude Saturday.

Deweyville led Game One 21-20 but the Lady Bobcats closed it with a 5-0 run. The Lady Pirates responded by scoring Game Two’s last seven points to win by three. The Lady Bobcats broke away from a 4-4 tie in Game Three and built a 12-6 cushion before closing the match out.

The Lady Bobcats received plenty of nice hitting from the likes of Faith Fregia and Madison Greenway throughout both matches.

The Bridge City Lady Cardinals were impressive in their home opener Tuesday as they defeated the Beaumont Kelly Lady Bulldogs... read more