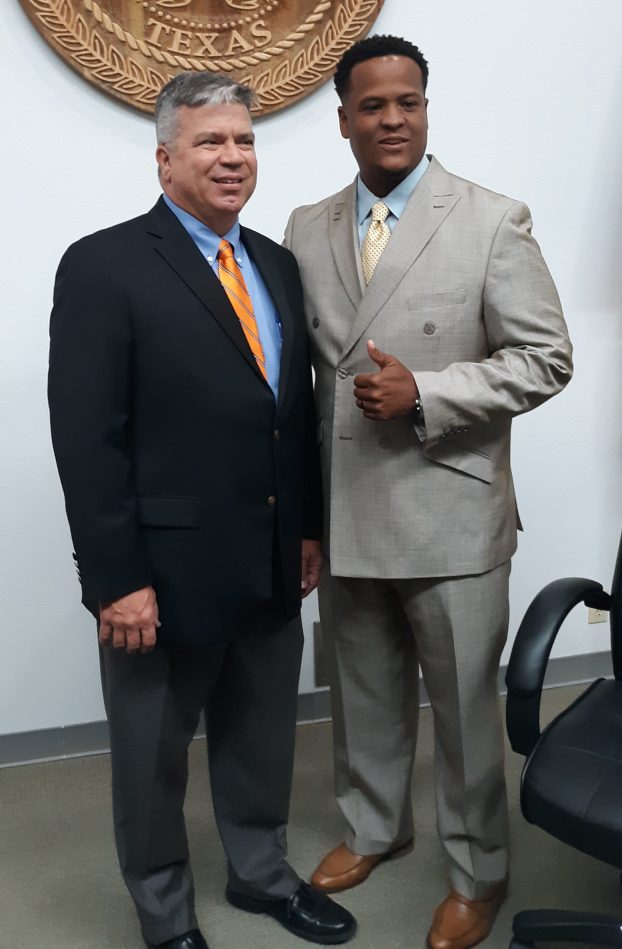 Mike Kunst was selected as the sole finalist candidate for the position of Orange City Manager on Tuesday.

Kelvin Knauf has served as Interim City Manager since the resignation of Dr. Shawn Oubre. Oubre left in Oct. 2018 after serving the city for 14 years. He is now City Manager of Woodway.

During the search for a new city manager, the city used Strategic Government Resources for the recruitment process.

After thanking each member of the council, Kunst called his wife to share the news.

He has worked as the city manager for Vidor for the last six and a half years. Prior to working in government, he was a funeral director for a Vidor funeral home, Dorman’s Funeral Home and Broussard’s.

“I was a funeral director for 20 years and was in the Nation Guard for 2o years,” Kunst said.

He served two tours in Iraq.

Kunst is originally from Vidor and a graduate of Vidor High School.

After retiring from the National Guards, Kunst opted to use his 9/11 GI Bill and work towards his master’s in public administration.

“I thought I would take a class or two,” Kunst said.

He holds two Masters, one is history and one in Public Administration.

He said he was not actively searching for a new position when the opening in Orange became available.

“One advantage, I have worked with many on city staff, so I already know some of them,” Kunst said.

A start date has not been set at this time as he still needs to give notice to the city of Vidor.

Here is Mother of the Week: Deborah Riley. You are the mother of the week and continue to do a... read more