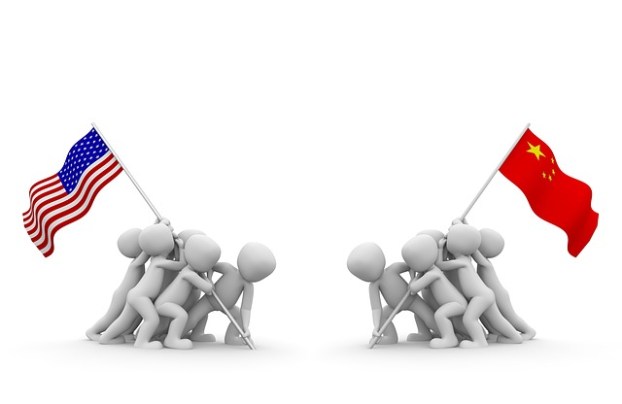 Did you see in the news that China recently devalued its currency in response to tariffs from the USA? I dare say that most people, other than economists and accountants, do not know what it means. Maybe, just maybe, the few of the news reporters do. Let me give you my perspective.

A long time ago, when my wife and I first started to make yearly trips to Cancun in Mexico to escape the cold New England winters, we experienced currency devaluation for the first time

We had gone shopping in the local shops and really liked a life-size cockatoo with leather feathers sitting on a brass perch. Silly, but we liked it. However, it was too expensive, so we did not buy it.

A few days later, it was announced that the Mexican government had drastically devalued the Peso overnight. What that meant was that the US Dollar (USD) was now worth a tremendous amount more in Pesos. As soon as we heard it we went back to the store, hoping they had not repriced the cockatoo in Pesos. They hadn’t. We bought it at a big discount in USD and still have it today, many years later.

I will never forget it, nor the lesson learned in international economics.

Keep in mind that the price in Pesos did not change. So, the cost was the same for locals before and after. However, purchasing with USD was very different, much cheaper.

Recently, in response to the so-called trade war with the USA, the Chinese government allowed the devaluation of their currency so that it would be worth less in dollars. This was to compensate for the increased tariffs placed on Chinese goods by the USA.

Like with our cockatoo, that meant that prices in USD would be less – so even with the added tariffs, it would be the same or less than before. Sounds like a good deal, eh? Folks at home using local currency see no difference but those abroad see a big difference.

Why? Because in many, perhaps most, countries their banks and large businesses borrow investment money based in USD and have to pay the interest on those loans in USD.

Oh-Oh, now those payments get a lot bigger, even if their revenue doesn’t change. So, such a tactic can’t work for too long.

Their currency, Chinese New Yuan (CNY) was converting to USD at 6.27 (“exchange rate”) in April of last year. Today it is 7.06243. To most people, those are just numbers and don’t mean too much. In practice what it says is that the price of Chinese goods dropped more than 11% in USD from April last year, and the cost to the Chinese in CNY of US goods (and interest payments) rose by 11%.

Think of this in terms of 11% inflation in China, and then compare that to 1.6% inflation currently in the USA.  Imagine everything not made in the country costing 11% more!!

I’m sure the Chinese will redo their currency manipulation soon, if not by the time you read this. It will be way too costly for them in the long run to continue those tactics.

What it does point to is that President Trump has gotten the Chinese to recognize that the USA will not stand for the economic trade imbalances that have been going on, including the Chinese subsidizing prices to undercut American business.

Personally, I think that the president has been doing very well on the economic side of his presidency, both internationally and domestically. And there still is a lot more to get done.

J. David Derosier consults with small business on planning and marketing issues, and provides web design and hosting services through OhainWEB.com, an accredited business with the Better Business Bureau that is rated A+ by BBB. He can be reached at JDAVID@Strategy-Planning.info

Story Over a Cup: Dead plastic bowls tell no tales

Michael Cole This is the neighborhood. A hundred or so souls who go about their business. I am a detective. ... read more