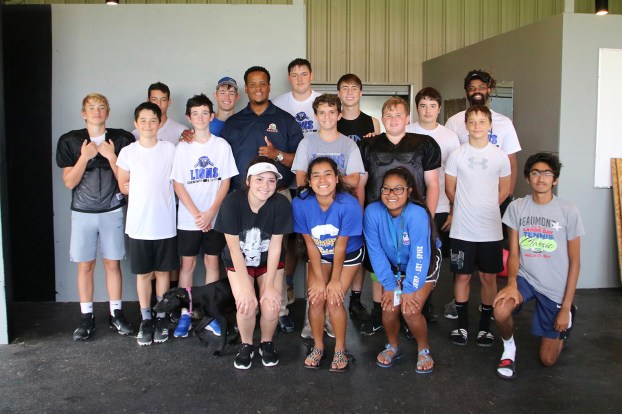 Courtesy Photo Orange Mayor Larry Spears was on hand to fire up the Community Christian Lions as their 6-Man season nears.

Lions ready to roar after visit from Mayor Spears

“You have a legacy here that has been promised to you”.

Mayor Spears lifted them up with stories from his days as a student at Community and how his PE class literally picked up sticks and stones out of this field that they are now playing on in wheel barrows with the dream of a football field.

He also gave several players techniques that he used while coaching as the Head Football coach at CCS. Emphazing the importance of being the best that you can be,  Mayor Spears looks forward to cheering our Lions on in the upcoming season.

The Little Cypress-Mauriceville Battlin’ Bears have made the postseason five out of the last six years as the program is... read more