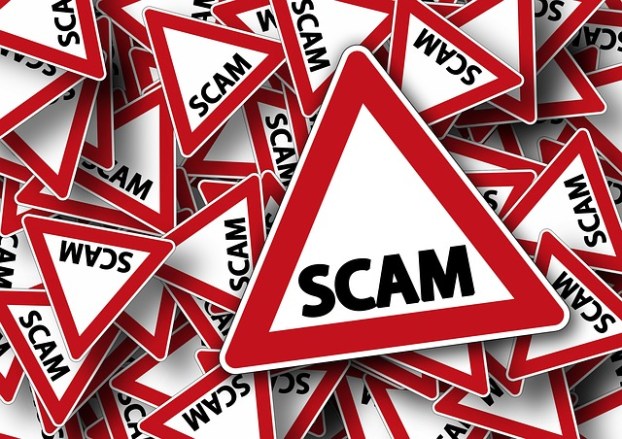 Resident too smart for would be scammers

An Orange resident spotted a scam and wanted to warn others so they would not lose their hard-earned money.

The resident told The Orange Leader he received a phone call from a person claiming he won a prize from Publishers Clearing House (PCH).

“I became suspicious when they started asking about my finances,” the resident said. “Then they said they would pay all but one-percent of the taxes.”

The resident called Publisher’s Clearing House and verified it was a scam.

“We hear about it on a regular basis,” PCH Vice President of Consumer Affairs Chris Irving said during a phone interview. “We work with law enforcement and also on education on how not to be victimized.”

At PCH, it is never necessary to purchase or pay a fee to enter, win, or claim a prize in our famous sweepstakes. PCH has received reports from consumers indicating they have been contacted by scammers claiming to be from Publishers Clearing House. These scammers illegally use well-recognized, legitimate brand names, in an attempt to have people wire/send money or provide personal financial information to claim a bogus prize. Customers can visit help.pch.com for additional information and tips on how to better protect themselves. Consumers who believe they have been the victim of such a scam contact can call PCH at 1-800-392-4190, according to its official website.

“We also speak with consumer groups,” Irving said. “If they want you to send money, it is a scam. If it is legit, you never have to payout. Anything else is a scam or an imposter.”

It also states in several places on the PCH website and during a recording while on the phone to never send or wire money if contacted.

“We work with a database with the Federal Trade Commission,” Irving said. “We also give supporting testimony. We do what we can to help catch the bad guys.”

One way to spot a scammer before answering the phone is if the call comes from an 876 area code, out of Jamaica, as it did for the Orange resident.

“I just want to help get the word out so someone does not fall victim to them,” the resident told The Orange Leader.

“It was a scam indeed,” another representative of PCH said. “We never ask for money and we notify winners in different ways, by letter or in person.”