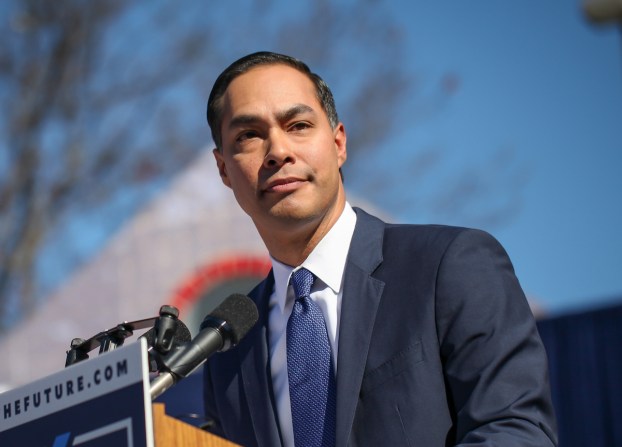 Washington, D.C.– Latino Victory Fund announced today the organization’s endorsement of Secretary Julián Castro for president of the United States. Castro is the only Latino presidential candidate in the 2020 presidential election, and if elected, he would become the first Latino president in U.S. history.

“Our country needs a dedicated, experienced leader who will restore the dignity of public service to the White House and who has an inclusive vision for all Americans. That leader is Julián Castro. As president, Julián will fight for everyone, regardless of background, because he knows what it’s like to be an underdog. He is unafraid and will work tirelessly to improve the lives of hard-working families and every person who calls this great nation home.

“As the former mayor of a major U.S. city and former HUD Secretary, Julián has proven that he does not back down from proposing bold, innovative ideas to address our nation’s top issues. He was the first presidential candidate to propose an immigration plan, the first to propose a detailed police reform plan, and the first to propose a major policy platform for the Native American community. His actions make one thing clear: Julián is the resolute leader we need in the Oval Office in January 2021.

“Julián’s candidacy is a milestone for Latino representation at a time when the Latino community has been demonized and dehumanized by President Trump. We are beaming with pride to announce our unequivocal support for Secretary Julián Castro for president of the United States. ¡Estamos contigo, Julián!”

The Latino Victory Fund is a progressive political organization working to grow Latino political power by increasing Latino representation at every level of government. From school boards to the U.S. Senate, to the White House, Latino Victory identifies, recruits, and develops candidates for public office while building a permanent base of Latino donors to support them. This will be the first time in the organization’s history to endorse a Latino presidential candidate.

Julián Castro served as U.S. Secretary of Housing and Urban Development under President Barack Obama from 2014-2017. Before that, he was Mayor of his native San Antonio, Texas — the youngest mayor of a Top 50 American city at the time. In 2012, he gave a rousing keynote speech at the Democratic National Convention, during which he described the American Dream as a relay to be passed from generation to generation. In 2018, Castro founded Opportunity First, an organization to invest in the next generation of progressive leaders. In October 2018, Little, Brown published Castro’s memoir, An Unlikely Journey: Waking Up from My American Dream. On January 12, 2019, Secretary Castro announced his candidacy for President of the United States.