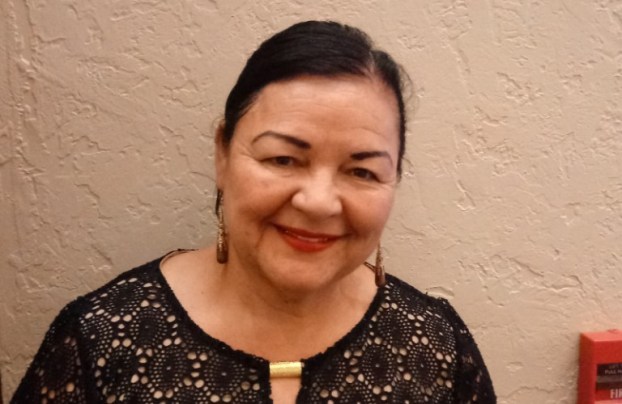 Photo by Dan Heyman Maria Covernali took part in a huge survey of attitudes about the region in Juarez and El Paso.

EL PASO, Texas – People in El Paso and Juarez often regard their communities as one big city.

But recent research, as covered in the local press confirms that the hardening of the U.S.-Mexico border is getting in the way of that.

A recently released survey of citizen perception confirms deep and longstanding ties that span the border – including huge percentages of people with family, friends and commercial connections.

Maria Covernali, executive director of Familias Triunfadoras (Successful Families) in San Elizario, Texas, was one of those who went door-to-door for the survey.

She says the survey found a lot of folks from El Paso who had problems doing things such as accessing medical care because of border security.

“They go to Juarez to get medicines, to see the doctors because they don’t have any insurance here,” she relates. “A lot of them answered that ‘we are afraid to cross the border, but we have to.'”

U.S. policy has long made it hard to cross from Juarez. But the Trump administration has cited what it describes as “an invasion” of migrants to justify intense pressure on anyone coming north.

El Paso Mayor Dee Margo is a Republican and has supported many administration policies. But he compares El Paso and Juarez to a single city-state – such as those in pre-modern Italy.

Margo says he often has a hard time conveying the reality of what border life is like to folks in Washington.

“To convey what our thoughts and issues are on a local basis that seem to be distorted on a national basis with the rhetoric that’s not necessarily reflective of what is actually happening here,” he states.

Margo remarked on one result from the survey, a surprisingly high number of people maintaining homes on both sides of the line.

He also said El Paso could benefit from increasing the number of Juarez residents who could come to El Paso to shop.