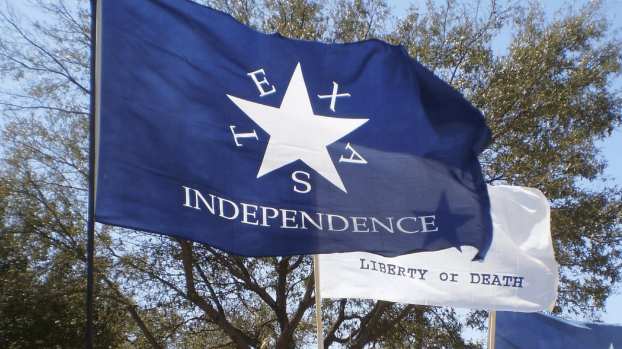 PRESS RELEASE — The Texas Nationalist Movement’s President Daniel Miller just called on the Texas Rangers to investigate Texas Speaker of the House Dennis Bonnen on charges that he violated the Texas anti-bribery statutes.

In a widely publicized dust-up, Speaker Dennis Bonnen has engaged in a war of words with CEO of Empower Texans Michael Quinn Sullivan over a June meeting. It is alleged that Bonnen engaged in vile and vulgar rhetoric while asking Sullivan’s organization to target specific members of the Texas House in the next election in exchange for media access to the House floor in the 2021 legislative session.

Beyond the political implications for Bonnen and others, there is a potential criminal matter that must be investigated. That responsibility falls on the Texas Rangers Public Corruption Unit.
In a complaint submitted to the Texas Rangers today, TNM President Daniel Miller called for a full, immediate, and transparent investigation into Bonnen’s actions.
Miller explained the TNM’s position on the issue.

“While some may view our organization as solely committed to a referendum on Texas independence, a core part of our mission is to ensure that Texans have good government both before and after that referendum. That means holding legislators and other public officials for what they say and do.”
The complaint reads:

To Whom It May Concern:

On June 12, 2019, a private meeting was held between Speaker of the House Dennis Bonnen, State Representative Dustin Burrows, and the CEO of Empower Texans Michael Quinn Sullivan.
Accusations have been lobbed from both Speaker Bonnen and Sullivan regarding what actually took place in this meeting. However, Sullivan recorded the entirety of the meeting which has been heard by at least three members of the Texas House so far.

From those who have heard the recording, it seems clear that Bonnen violated Texas Penal Code Chapter Sec. 36.02 by offering media credentials to Empower Texans in exchange for campaigning in the next election against specific members of the Texas House. This campaigning would require political expenditures and, therefore, constitutes a monetary exchange for actions Bonnen would take in the exercise of his duties as Speaker of the House.
Although those who have heard the recording are not under a strict legal obligation to report any potential criminal activity, as public servants they serve as unimpeachable witnesses to the recorded conversation.

The reported contents of the recording are enough to, at a minimum, open a criminal investigation and submit the findings to a grand jury. Given the political nature of this issue and in the name of total transparency, any evidence collected in this investigation should be made public immediately.
Sincerely,

CORPUS CHRISTI – At the intersection of legislation and science, a new opportunity for an ecologically and economically sustainable oyster... read more