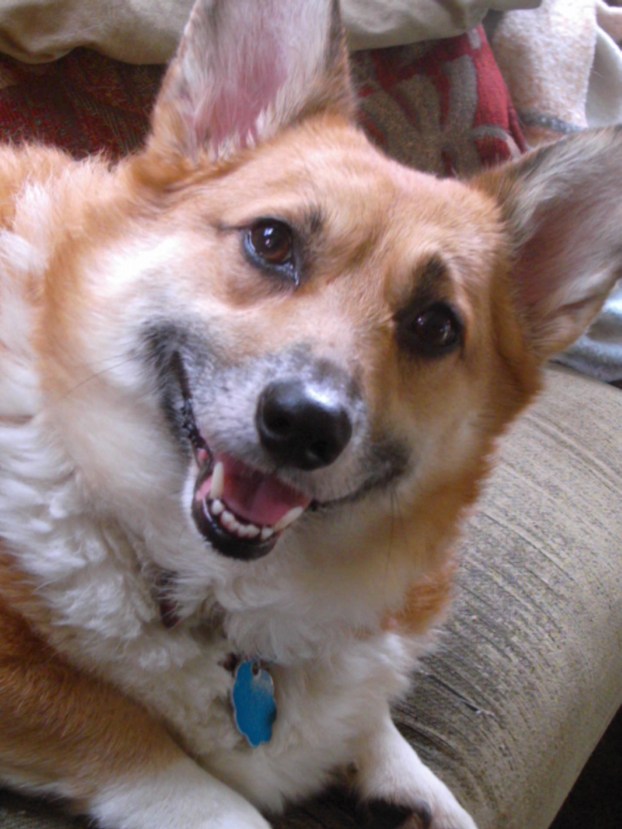 Story Over a Cup: You can learn a lot about life from a Corgi

I missed my last column.

It really annoyed me, but I had no choice. Being in the hospital will do that.

What started as a stomach bug, led to an endoscopy, which led to the “c” word.

No, just kidding. My doctor told me I had precancerous polyps in my throat, and they would have to be removed

Then he told me not to stress.

But, I was helped by an unlikely source.

She was a Pembroke Welsh Corgi that moved in with us with my wife. She was her dog.

I can’t really say we owned her, more like she allowed us to live with her. It was as if she knew Queen Elizabeth had Corgis and by extension, she was a princess.

She was. For six years, we shared the good times and the bad times. She never complained when we struggled, only when she didn’t get what she considered enough food.

She was always hungry.

We did it all, parks, car rides, we even played on the beach in Tampa.

She had dog sweaters she hated and dog treats she loved.

She would storm away grumbling when she was told no, only to come back hoping that she could get what was just denied her.

She was a queen bee and was loved.

Then came 2006. She had been acting a little funny, had problems seeing and had some swelling on her jaw.

A vet visit said it was cancer.

We were devastated. After all, this was our little girl and she had cancer.

The vet said we could do treatments and give her a few months to a year, or put her to sleep.

We decided that as long as she was acting like she wasn’t in pain, we would try our best to see if she could beat it.

So, our vet, Dr. Dunn, decided to do something he usually didn’t do and did chemo for her there instead of sending her to Houston. His choice has cemented him as a great guy, a wonderful human being, and the greatest veterinarian I will ever know.

Foxy took it in stride.

Never once during her treatments did she look as if she had changed. Her eyesight dimmed some, but she was still playful. She still slept in our bed on her back snoring.

She attacked food with precision and gave Max and, later, Jada hell.

She never let the treatments slow her down.

Even the morning she died, before then, she had her walk. She had her pill with cream cheese, then cuddled in my lap and went to sleep.

So, I am worried. But thanks to a ball of fur that was a force to be reckoned with, I am not afraid.

I will chase the ball, eat snacks, and enjoy life to its fullest. I might drive cars instead of chasing them, but I will not let this keep the cool breeze out of my face.

Until later my friends, keep the cups handy and the coffee hot.

From the publisher: Brass Knuckles Biden and Booker want to take on Trump

Bobby Tingle, Publisher In case you missed the Democrat debates on CNN, you should know two contenders for the nomination... read more