From the youngest to the oldest member of Orange Community Players (OCP), the cast wanted to do something special to honor their dear friend, Joshua Scales, who passed away in February.

As Scales loved music and was a musical director for several of the troupe’s shows, the show will be dedicated in his memory.

The show includes entertainment, featuring a very talented troupe of musicians and vocalists and a fabulous gourmet candlelight dinner. 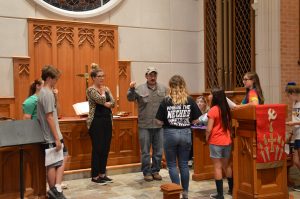 Doug Rogers,  and FUMC volunteers will provide the four-course dinner beginning with your choice of soup (tomato bisque or cream of potato), deluxe garden salad with creamy balsamic vinaigrette dressing, entree choice (roasted tenderloin of beef or grilled filet of red snapper with baked russet) and a choice of spring medley of vegetables or asparagus ala Doug. Dessert, coffee, and tea will also be served.

Cost is $50 a person and to purchase tickets, go online for a limited time at ocplayers.org.

When making a reservation for one or more persons the following information will be needed: name and night, soup, entree desired, vegetable desired and any dairy restrictions.

Ariel Killian was friends with Scales since 2006 and will read the dedication to him before the show. 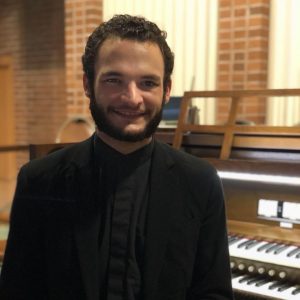 “We met for Oliver,” Killian said. “The memory of him is so fresh for all of us. He had a high precision for his work.”

Codie Vasquez said, “For him, it was God, family, music. He loved music and was a music director.”

Killian added, “Music was his art. He would put his stamp on it.”

“He was always the loudest in the room, not verbally,” Killian said. “You could feel him radiate as if there was something bigger in him.”

Scales served in the Texas State Guard and spent extensive time in search and rescue during the aftermath of Hurricane Harvey. He worked as an organist for Holy Trinity Episcopal Church in Port Neches and was also a part-time dispatcher for the Bridge City Fire Department.

He loved writing and composing music.

He was self-taught on the piano and various other instruments. 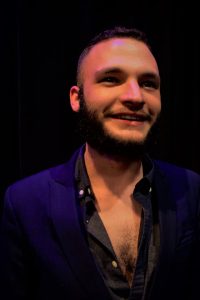 Throughout high school, Scales played in the band and was a Cardinal Singer. He received numerous awards and all-state honors for band and choir.

The cast purchased tickets for Scales mother and a guest to attend the Thursday night performance.

On hand for the evening will also be Samaritan Counseling Center with resources for mental health and suicide prevention.

“We want to encourage people to reach out,” Vasquez said. “So, they can get the help they need.”

If you or someone you know is struggling, text ACT to 741741 to contact the Crisis Text Line.

You can also contact the National Suicide Prevention Lifeline by calling 1-800-273-8255. These are free and confidential services available 24/7.

By Eric Williams The Orange Leader Careless disposing of smoking material appears to have started a fire that severely damaged... read more