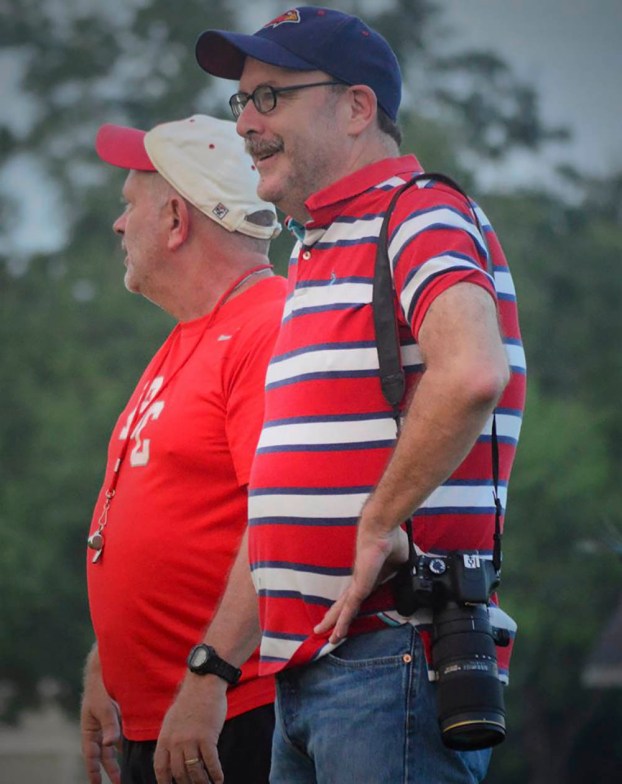 Nothing beats Texas High school football especially where your roots are

Well football fans, we are officially just five days away from yet another exciting Texas high school football season to crank up once again.

I’m fortunate that this is my 28th straight go-around covering Orange County football.

Each year has been full of memories of great athletes, top-notch teams and hard-working coaches.

I’ve had a chance to cover a slew All-Staters every year and I’m curious which athletes will land in that category this time around.

Sure, I love my share of college football and still keep up with the NFL to see when the Dallas Cowboys and Houston Texans will fold early in the playoffs or if they make it at all. LOL!

However, there is simply nothing better than that Friday night high school football experience.

What makes it so special goes well beyond the Xs and Os. It reflects in the genuine love and passion that players, coaches and fans exhibit for the sport and for each other.

When the Friday Night Lights shine across our state, entire cities shut down and everyone convenes at the local high school football game. Players and coaches pour it all out on the field in an effort to prevail. Fans pack the stands to support and cheer on student-athletes they know and have relationships with. There’s a genuine love and desire to see the team and players do well.

High school football has always been about building a solid foundation for a young person’s life, based on principles and experiences that can only be taught through the game. It’s about cultivating genuine relationships between players, coaches and a community of fans.

Once athletes and coaches get beyond high school football, the game becomes more of a business. Factors such as scholarships, salaries, facilities, apparel contracts and TV deals help decide what takes place on and off the field, how the game is played from the player’s perspective and how it’s perceived by fans.

In high school, these things are a pipe dream for most participants, and far off enough not to impact the classrooms, weight rooms and fields where coaches and players prepare for Friday nights. It’s about school and community pride, playing alongside friends, many of whom have known each other since kindergarten.

In college and the pros, fan passion is most often directed at the schools or franchises. Players have celebrity status, but no real connection to those in the stands, outside of their own family and friends.

When a game kicks off in Southeast Texas on a Friday night, it gives communities an extreme rush along with players, coaches, band members, drill teams, cheerleaders and parents.

Traditions last a lifetime around our tight-knit area.

Fans wrap themselves around the local boys and what they accomplish on the gridiron.

High school stadiums are where the past, future and the present meet and contrast and just have a super time.

It’s about sounds of marching bands, cheerleaders yelling out or drill teams dancing to the oldies.

August 30th will be the first official kickoff for our local teams and I can’t wait to see what the Bears, Cardinals, Mustangs and Bobcats produce on the field.

However, first things first, there is plenty of work to be done beforehand.

Hopefully most of the players showed up and worked out throughout the summer because, as usual, it is flat-out hot again in the grueling Texas heat.

There are just nine days now from lacing up the pads and having contact and scrimmages crank up Aug. 16.

Volleyballers getting in shape; Lady Cats hit the weight room

It was time to hit the courts for local high school volleyball teams Thursday as coaches issued their equipment and... read more