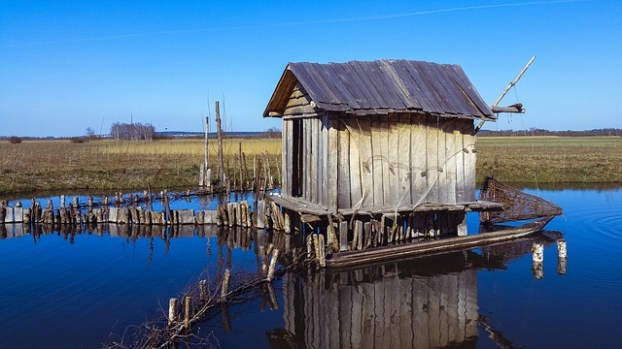 It has always been advantageous to listen to as many different perspectives as possible on topics of interest or concern to you. In a recent British show on TV, I heard a great quote, “Contrary views are always good in a democracy, that’s how we learn, that’s what makes democracy so special”. I agree very much with that.

But have you noticed that so much of the national media seems to be focusing on only one perspective, portraying horrific images and presenting them to the public as outrage. Politicians at the national level seem to be doing the same thing.

And it’s not something new – presenting the bad perspective to get a point across.

My wife and I were fortunate to have taken a vacation in Bangkok Thailand a while back.

One of the places we visited was an elephant village where I was put on an elephant, bareback and all by myself. The elephant, with me on top, then followed his way into the muddy river where he waded for about 100 yards, and then out and back to the village. The water was within a foot of his shoulders, about 6-7 feet deep. What was really interesting were the locals resting in their open-air huts lying directly on bamboo racks – no mattress or cushions, just bamboo poles laid out horizontal. To ourselves, we questioned if there could be any comfort in that.

Another place we visited was a museum to the prisoners-of-war that had been used as labor to build the Burma Railroad for the Japanese in the early 1940s. Part of the display included stacked bunk beds made of bamboo where the prisoners slept without mattresses. Much was made of how torturous the bamboo beds were for the POWs.  A 1957 movie, “The Bridge over the River Kwai”, was based on these POWs.

I guess it’s all perspective. The torture beds in the museum from 75 years ago were actually the same as the locals live with today, probably was back in the 1940s too.

When we lived in New Hampshire, in addition to spring, there was an extra/overlay period, called “Mud Season”. In the winter the ground freezes from the top down to about 6 feet or so. Come spring, it thaws from the top down. Until it thaws to the bottom there’s no way for the water to go, so there’s an awful lot of mud every year. People play in it!

Here along the Gulf Coast we also have an overlay period we call “Hurricane Season”. How many of you have had to evacuate from a natural disaster? Our most recent evacuation was because of Hurricane Harvey.

Ask the people that went to a shelter when there was nowhere else to go, “What were the conditions like?” I’m sure you will be told that they had to sleep on cots or on the floor. “What was the food like?”

How about asking them if they were glad that the shelter had been open when they had nowhere else to go?” More often than not you will be told that the shelters were life-saving.  Then why is it such a hardship for foreigners that have broken our laws by illegally entering this country? Why are they supposed to be treated better than our own citizens? Are these shelters worse than the weeks of trekking across Mexico to get here?

We do not send children to jail with a parent in this country. According to the NY Times, a report by the Bureau of Justice Statistics indicated that about 400,000 American children are separated from their mothers because their mothers are in prison or jail. For 250,000 of them, it’s a single mother that is incarcerated.

This seems to be fairly common in American; according to a report by Cornell University and the FWD.us website, half of the American adults (113 million people) have had a family member incarcerated, which means separation.

However, when someone breaks the law by illegally entering the country, for some reason, the media expects the criminal aliens to get better treatment than what is handed out to our own citizens. Is that because the bad image makes better news in the media, even though the substance happens to be equivalent to everyday life for American criminals in prison.

It’s balancing the various perspectives that make a country strong. When you only get exposure to one perspective on major issues it’s not always easy to make proper judgments. In cases like that, it is too often just accepting the only perspective available.

I highly recommend that we seek out contrary perspectives, regardless of which side we may be on. We will be much better people for doing so, and our country will be also.

Bring Positivity Back will have a Back to School Prayer for our students from 6 p.m. – 7 p.m. Sunday,... read more