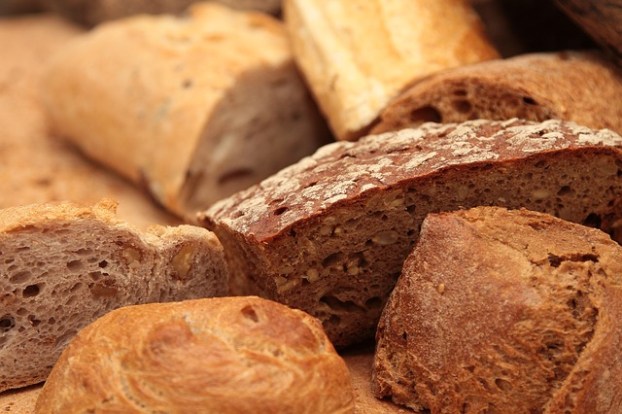 THE IDLE AMERICAN: Our daily bread

Assurance that “man does not live by bread alone” is provided in Matthew 4:4 of the Good Book.

It fails to address the possibility that we may die from ingesting it, however, so the U. S. Food and Drug Administration is doing its part, suggesting the recall of hamburger and hot dog buns sold recently that may contain pieces of sharp plastic.

There have been no further details as to ascertain the origin of said pieces, but it’s easy to imagine that swallowing them could be a gullet-ripping experience. The baker of the buns is Flower Foods of Atlanta, GA. It is a bakery giant with revenue of $4 billion last year. It has voluntarily removed the possibly plastic-plagued buns from racks of stores in 18 states, including Texas.

We can only guess. Maybe a plastic pen–precariously perched on the ear of a supervisor always “at the ready” to make notes–fell into the dough mixing trough. Or maybe it was a cell phone of a multi-tasker who thought he (she?) could sneak in a conversation or send a text and mix dough at the same time. Maybe it was one of a jillion other possibilities that could easily become “sharp pieces” upon encountering the sweep of giant mixers.

Perhaps most noteworthy is that the possibilities include more than 60 store brands of buns sold to grocers and restaurants whose names are easily recognizable. Outlets include Sam’s Club, Piggly Wiggly, Publix, Aldi, IGA and others, with brand names such as Nature’s Own, Bunny Bread and Wonder Bread. More information than the average person could possibly want to know is available on the FDA website. Maybe the best advice I can offer is to avoid shopping at “day old” bread stores for a while.

Enough of the negative “stuff;” it swirls around us 24/7.

Most of the “warps” and some of the “woofs” of this now 17-year-old weekly piece includes regular visits to the “brighter side,” occasional “rib-ticklers” and/or inspirational accounts. We believe that mankind still generally behaves, with many setting out to deal charitably with others throughout the livelong day.

Thus gears are switched for a “heart-warmer” from our hometown, Burleson, Texas, where “kindness matters” signs are posted everywhere. These are positive reminders, as are most t-shirt messages. When kindness is “played out,” however, it is even more impressive

Rookie firefighter Jacob Uzee made the emergency call to the home of 84-year-old Gene Paulson, who had passed out while mowing his lawn. Released from hospitalization later, the patient was shocked upon returning home to find his lawn neatly mowed. Uzee never expected any thanks or even an “attaboy” for the favor he had chosen to provide while on his own time.

Paulson, a retired Fort Worth police officer, contacted the fire station to “say thanks.”

Uzee, you see, had driven past the Paulsons’ home when his shift ended the next day after taking Paulson to the hospital. He noticed the lawn remained largely unmowed and knew just what to do. However, he never expected any notoriety for his “kindness that mattered.” Yep, our police and fire folks are people, too.

And so are teachers. During a recent three-day conference in Fort Worth, attendees included a dozen teachers and administrators from Aledo ISD. They were “on their own” for lunch–or so they thought–as they dined at Mi Cocina.

They sat four-each at three tables, where tabs were to be “divvied up.” A “Great Samaritan” swooped past (“Good Samaritan” seems to shortchange a bit), grabbing all luncheon checks that no doubt totaled some $200.

“I manage an apartment complex in Aledo, and I appreciate the work you folks do,” the kind woman said. No doubt, the Aledo educators are glad they wore their school t-shirts to the conference that day.  They, like Fireman Uzee, likely are determined to remain in a “pay-it-forward” state of mind,

Talking about Parenting: A simple, yet powerful lesson

Chris Kovatch Recently I saw a post making its way around on Facebook that read “Blowing out someone else’s candle... read more