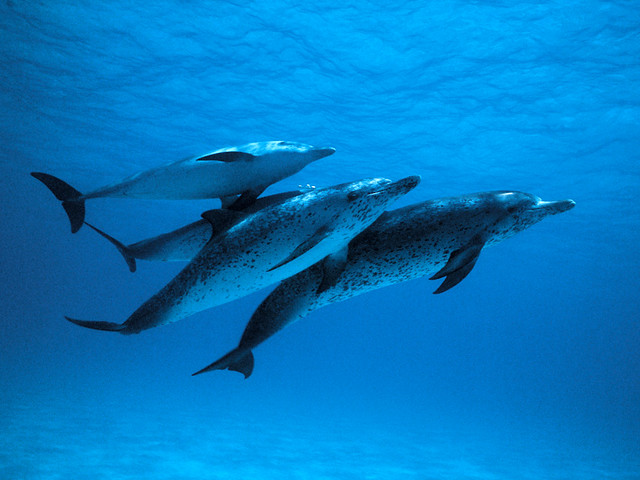 Atlantic spotted dolphins are considered to be a threatened species in Texas. Congress is considering funding proactive efforts to prevent species from being listed as endangered. (Sheilapic76/Flickr)

AUSTIN, Texas – New legislation introduced in Congress could bring a lot of federal dollars back to Texas to preserve wildlife.

“Texas would be eligible for more than $50 million a year,” Bezanson said. “This would be an absolute game-changer for wildlife in Texas.”

Bezanson said conserving wildlife also is an investment in Texas. She noted hunters, anglers and bird watchers are a big part of the state’s outdoor recreation industry, which generates more than $52 billion in economic activity each year, and supports more than 400,000 jobs.

The Recovering America’s Wildlife Act aims to protect more than 12,000 species nationwide in need of the greatest attention, including more than 1,300 in Texas.

Collin O’Mara, president and CEO of the National Wildlife Federation, said by acting earlier to ensure that species don’t end up threatened or endangered, years of regulatory and litigation fights can be avoided, along with the need for “emergency room” restoration efforts down the road. He said the bill is getting bipartisan support.

“At a time when Washington is pretty divided and folks can’t seem to agree about anything, there does seem to be an agreement that wildlife is something that can transcend the partisan gridlock that’s afflicting so many other issues right now in this country,” O’Mara said. “And I think that’s why we’re optimistic that this legislation will pass this year.”

Habitat loss is widely seen as a major driver of species loss, and much of the funds are expected to help landowners cover the costs of keeping habitat viable for wildlife. The bill currently has 70 co-sponsors, and must clear a vote in the Natural Resources and Budget committees to advance.