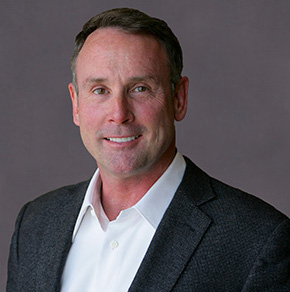 What entrepreneurs can learn from athletes

Rumors are swirling that one of the team’s captains, Carli Lloyd, might retire. What will be next for the two-time World Cup champion? Chances are, she’ll start her own company.

In fact, this is a trend: Retired MVPs, including a lot of women in almost every sport, are leveraging their talents to become entrepreneurs.

As an athlete-turned-entrepreneur myself, I find that this trend makes perfect sense. After winning a national gymnastics championship and securing a spot in the 1980 Olympics, I went on to found multiple successful companies. The main thing I learned? It’s all about having the right mindset.

Here are some lessons the athletic world offers that help its alums become great entrepreneurs:

The key is to perceive risks as challenges, not threats, according to sports psychology expert Jim Taylor, Ph.D. Taylor has noted that fearing competition nearly guarantees you won’t take the necessary risks to succeed. I can personally attest that that’s true: When I trained, I didn’t think about those coveted spots on the Olympic roster; instead, I stayed present and strove to achieve my personal best.

Sweat the small stuff.
High aspirations are important. But big dreams need to be broken down into achievable goals. Sure, you can aim for a gold medal or a multi-million-dollar investment. But what’s more important is to think, “What can I do here and now to get one step closer?”

USWNT co-captain Alex Morgan, for example, has said that a good night’s sleep and a consistent morning routine are integral to her success. According to Morgan, something as simple as a crossword puzzle can help her mentally prepare for the pitch.

Similarly, entrepreneurs should be laser-focused on the important details — no matter how small. Every hire, every brainstorming session — even every morning to-do-list — should be thoughtfully executed.

Leverage your losses.
Successful athletes and entrepreneurs all made mistakes on their way to the top. During the 2015 U.S. Open, Serena Williams, ranked No. 1 in the world at the time, lost in a major upset to Italian Roberta Vinci, ranked 46th. Instead of losing focus, however, Williams let that loss fuel her, going on to win the 2017 Australian Open — while pregnant.

Great athletes anticipate failure. They give themselves permission to fail — and they turn those failures into learning opportunities. Sounds a lot like great entrepreneurs.

In the midst of training for the Junior Olympic Games in high school, I blew out my knee, tearing my ACL, MCL and meniscus. I didn’t quit, though. Instead, I bounced back to win my first national championship.

I brought that same resilience to my entrepreneurial endeavors. When my first company failed, I went on to build and sell numerous companies, one of which became one of the largest preferred provider organization networks in Texas.

Finally, enjoy the ride.
People don’t choose to play sports or start a business because it’s easy. They do it because it’s challenging, and they enjoy healthy competition.

Next time you’re frustrated by a business setback, think back to this past weekend’s USWNT win: Get in the right headspace, learn to adapt and kick some butt. Then bring home that trophy.

THE IDLE AMERICAN: Mort’s foibles on the fourth

The Idle American, Dan Newbury That my Uncle Mort is determined to keep his enlightened self-interest inflated to the max... read more