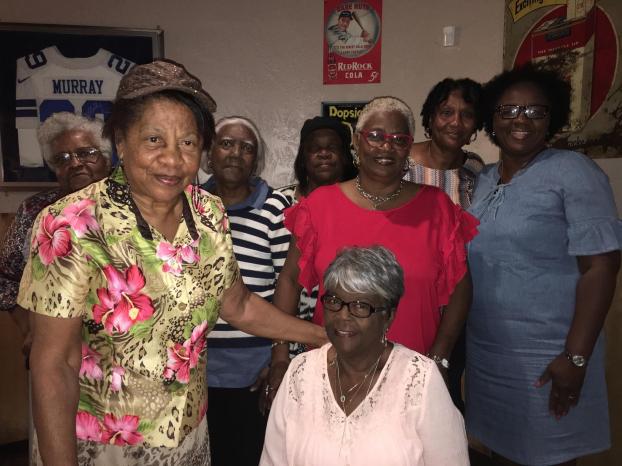 A group of nearly a dozen former West Orange Cove CISD bus drivers were able to gather again to celebrate one of their former workers 78th birthday.

This group of ladies calls themselves the original drivers. The time goes back to when they started driver buses ranging from 1970 to 1991 is when they began their journey.
All but two of the original bus drivers are now retired. One still drives for the district and the other drives for Beaumont ISD now.

The drivers gathered for old time laughs, on Tuesday, at Spanky’s Bar and Grill in Orange to celebrate the 78th birthday of retired driver, Lois King.
“It felt very good to come out and celebrate with my retired co-workers after 16 years. It reminded me of all the nice clean fun and laughs we would have, that is what I miss about not being there,” said King.
King added, “I count this as a true blessing to be 78, and here to celebrate it.”
Several co-workers who attended the dinner said how much of a mentor King was to them.

Jenny Brackens, a former driver, said, “King was a mother figure to all the drivers as well as a co-worker. It was such a pleasure and honor to be able to come out and celebrate this memorial occasion with such a good loving person.”
This group of drivers said, they may be retired but the dinner reminded them of how much of a bond they were all able to encounter over the 20 years they spent together.

Market Basket announces Wednesday, July 31, 2019, as the date for the Grand Opening of their new Mauriceville Store, located... read more