In June, two teachers from Orange and Port Arthur were selected to attend prestigious professional development institutes in Fort Worth and Austin sponsored by Humanities Texas in partnership with Texas Christian University, Fort Worth Museum of Science and History and the College of Liberal Arts at The University of Texas at Austin.

Ulysses Hobbs Jr., who teaches U.S. history at West Orange-Stark Middle School, participated in “The New American Republic: From Washington to Madison,” which took place from June 10–13 on the TCU campus.

Last year, Hobbs was selected as well. He participated in “The American Colonies.”

Pulitzer Prize-winning historian Alan Taylor (University of Virginia) and distinguished scholars from universities across the nation worked with teachers to improve the quality of classroom teaching in Texas. The institute offered dynamic presentations, probing discussions and focused seminars in which scholars and teachers developed strategies for engaging students. 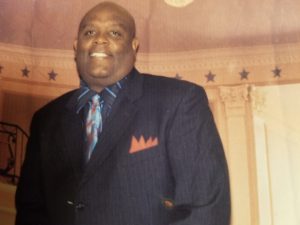 This year, the institute covered the presidencies of George Washington, John Adams, Thomas Jefferson and James Madison; the first U.S. Congress; Alexander Hamilton and the American economy; foreign policy and national defense; American women in the early nineteenth century; the Marshall Court; Native Americans in the expanding nation; slavery in the Early Republic and the War of 1812.

The institute provided strategies and resources for helping students to become better readers of fiction, poetry, drama and expository prose, while also addressing the critical reading and media literacy skills necessary for success at the post-secondary level.

The program also featured presentations on incorporating art and film in language arts courses and included an excursion to the Harry Ransom Center, where teachers learned about highlights from the Center’s literary holdings.

The program faculty included distinguished scholars from universities across the nation. During an evening event at the Byrne-Reed House, poet Naomi Shihab Nye read from and discussed her newest collection of poems, “The Tiny Journalist,” with participants. 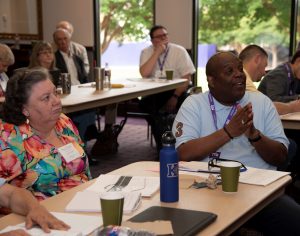 “The program format was great,” Arceneaux said. “All of the presenters seem to have been chosen just for me to mature as an educator of scholars at Lincoln Middle School.”

“Humanities Texas was pleased to cosponsor the Fort Worth and Austin institutes,” said Director of Grants and Education Eric Lupfer. “The programs offered teachers the opportunity to study with leading scholars and interact with colleagues from across the state. Participants left the institutes energized and equipped with training that will enhance student learning.”

“The New American Republic: From Washington to Madison” and “Teaching Literature” were made possible with support from the State of Texas and the National Endowment for the Humanities.

Humanities Texas is the state affiliate of the National Endowment for the Humanities. Its mission is to advance education through programs that improve the quality of classroom teaching, support libraries and museums and create opportunities for lifelong learning for all Texans.