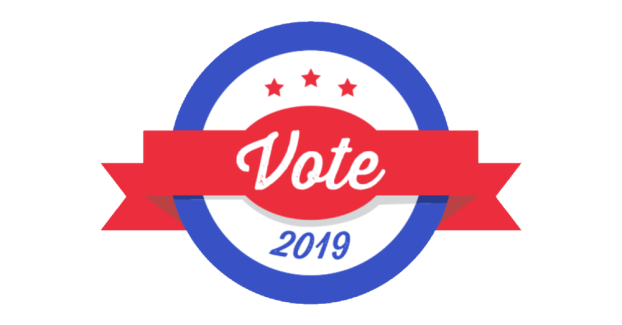 Deputy Secretary of State Joe Esparza drew the ballot order, on Tuesday in Austin, for 10 proposed amendments to the Texas Constitution that will appear on the November 5, 2019 ballot. In order to appear on the ballot, the proposed amendments must be approved by at least two-thirds of the members of both the Texas Senate and the Texas House of Representatives. After the drawing ceremony, the Deputy Secretary reminded all eligible Texans to register to vote in the November constitutional amendment election.
“The future of Texas is and will always be in the hands of Texans,” said Deputy Secretary Esparza. “This fall, voters will have the opportunity to directly impact the Texas Constitution, and I strongly encourage all eligible Texans to register to vote so that they can actively participate in shaping the future of the Lone Star State.”

Texans will have the opportunity to approve the following amendments with a majority vote:

Proposition 1 (HJR 72)
“The constitutional amendment permitting a person to hold more than one office as a municipal judge at the same time.”

Proposition 2 (SJR 79)
“The constitutional amendment providing for the issuance of additional general obligation bonds by the Texas Water Development Board in an amount not to exceed $200 million to provide financial assistance for the development of certain projects in economically distressed areas.”

Proposition 3 (HJR 34)
“The constitutional amendment authorizing the legislature to provide for a temporary exemption from ad valorem taxation of a portion of the appraised value of certain property damaged by a disaster.”

Proposition 4 (HJR 38)
“The constitutional amendment prohibiting the imposition of an individual income tax, including a tax on an individual’s share of partnership and unincorporated association income.”

Proposition 5 (SJR 24)
“The constitutional amendment dedicating the revenue received from the existing state sales and use taxes that are imposed on sporting goods to the Texas Parks and Wildlife Department and the Texas Historical Commission to protect Texas’ natural areas, water quality, and history by acquiring, managing, and improving state and local parks and historic sites while not increasing the rate of the state sales and use taxes.”

Proposition 6 (HJR 12)
“The constitutional amendment authorizing the legislature to increase by $3 billion the maximum bond amount authorized for the Cancer Prevention and Research Institute of Texas.”

Proposition 8 (HJR 4)
“The constitutional amendment providing for the creation of the flood infrastructure fund to assist in the financing of drainage, flood mitigation, and flood control projects.”

Proposition 9 (HJR 95)
“The constitutional amendment authorizing the legislature to exempt from ad valorem taxation precious metal held in a precious metal depository located in this state.”

Proposition 10 (SJR 32)
“The constitutional amendment to allow the transfer of a law enforcement animal to a qualified caretaker in certain circumstances.”

Proposition 8 proposes a constitutional amendment to the Texas Constitution that, if approved, would create the Flood Infrastructure Fund (FIF) to assist in the financing of drainage, flood mitigation, and flood control projects across the state of Texas. The FIF will allow loans at or below market rate to assist in basic flood project preparation, the extensive grant and application process at all levels of government, and the engineering of structural or nonstructural flood mitigation. The fund will be administered and the applications will be approved by the Texas Water Development Board (TWDB). The FIF is created as a special fund in the state treasury outside the general revenue fund.

The FIF will also offer grants to provide the necessary matching funds for local subdivisions to participate in various federal funding programs. After many major flooding events, there are federal monies appropriated to the state for mitigation projects and Community Development Block Grants; however; when counties and cities are required to provide up to 35 percent of projects total, most are left without an opportunity to participate. The cycle then continues with little to no progress on flood mitigation.

Under the FIF, projects will be eligible for funding predicated upon the TWDB determining all local entities in the region: have fully cooperated and substantially participated in the process of developing the projects; have held public meetings to accept comments from interested parties; and the projects have been completely engineered and scored against one another. The projects ultimately funded by the FIF will be multijurisdictional and also multi-generational. If Proposition 8 is approved by voters, the FIF would be created at the start of next year, according to a press release from Representative Dade Phelan’s office.

Orange City Attorney Guy Goodson said there will be an outreach meeting concerning moving funds from the Rainy Day fund to the Texas Water Development Board, Proposition 2 (SJR 79).