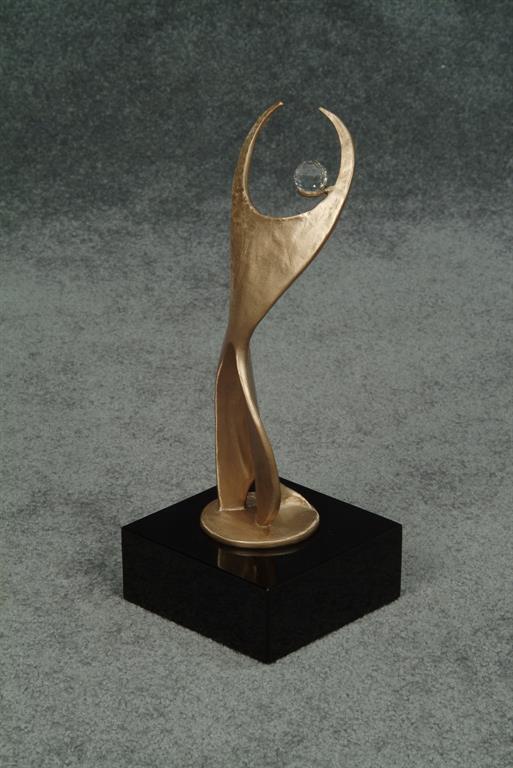 Courtesy photo ATHENA International sculpture will be presented to the recipient of the 2019 ATHENA Award Program. Nominations for this year’s recipient are under way.

A coveted sculpture, the ATHENA award, will be presented to one individual in Orange County.

The ATHENA Award was first presented in 1982 in Lansing, Michigan and has grown to include presentations to more than 5,000 individuals in hundreds of cities in the United States as well as in Canada, China, Russia and the United Kingdom. The award takes the form of a hand-cast bronze sculpture symbolizing the strength, courage, and wisdom of the recipient. The award has been presented annually in Orange since 1993.

An ATHENA recipient must meet each of three specific criteria:

A selection committee, consisting of former recipients of the ATHENA award, will review all nominations and select this year’s recipient.

Nominations for the ATHENA Award must be submitted using the official form, or photocopy, and must be typed or printed clearly. A copy of the nomination form can be found at orangeleader.com with this article.

Only one additional sheet may be added to the form. Any other supporting documents will not be considered during the committee deliberations.

The more complete the information provided, the more useful the form will be for the judges as they decide.

The ATHENA Award recipient will be announced on Thursday, September 5, 2019 at the Orange Train Depot. 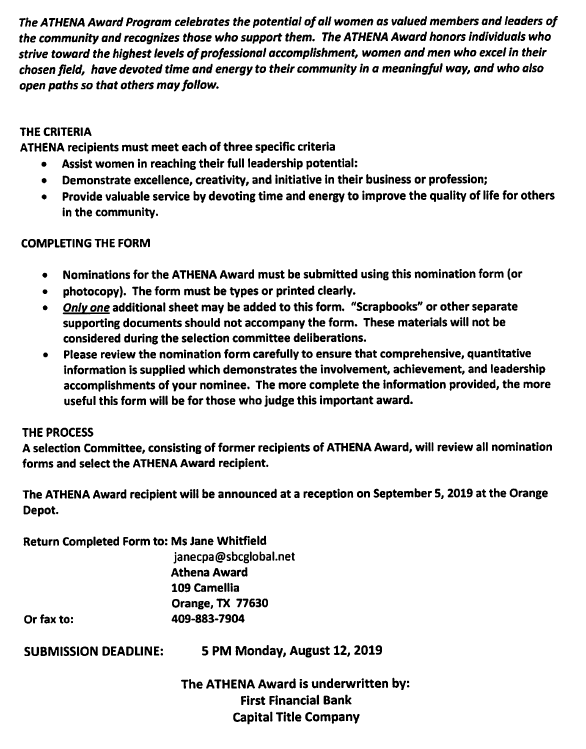 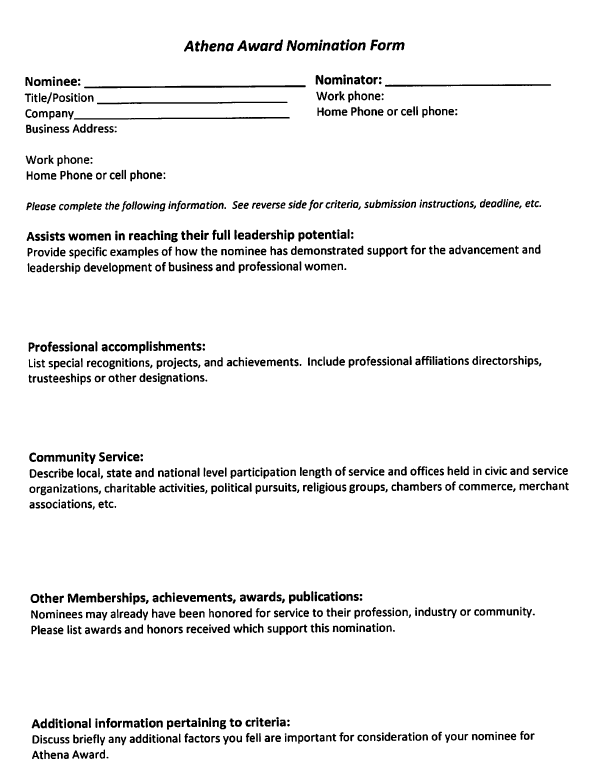