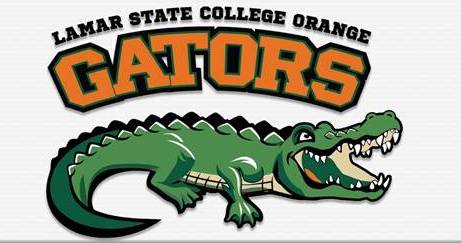 Students at Lamar Institute of Technology, Lamar State College-Orange, and Lamar State College Port Arthur will pay substantially lower tuition and fees starting this fall. Officials from the Texas State University System announced the tuition cut on Wednesday during a news conference at the Spindletop-Gladys City Boomtown Museum in Beaumont.

Last week, the TSUS Board of Regents voted unanimously to reduce tuition and fees at the Lamar State Colleges by an average of 25 percent. Starting this fall, full-time students will pay standard tuition and fees of $1,995 at all three colleges – roughly the same price as in 2009. The board also reduced the fee for dual credit courses from $75-$110 per semester credit hour to $50 per semester credit hour at all three colleges.

“The Lamar State Colleges are consistently ranked among the best colleges in the nation for graduate earnings and job placement rates,” said Board of Regents Chairman William F. Scott. “This tuition cut will make these state colleges even more attractive to students who would like to advance their careers and increase their earnings. Our hope is that students who have been on the fence about continuing their education will strongly consider enrolling this fall.”

“The Lamar State Colleges have a long and successful history of preparing Southeast Texas residents for jobs in our local economy,” said Representative Dade Phelan (R-Beaumont). “This tuition cut will save the average student hundreds of dollars each semester, making it easier for them to earn a 2-year degree and improve their quality of life. I applaud the efforts of the Texas State University System Regents and Chancellor Brian McCall for their leadership and dedication to this area of the state.”

Although their mission is similar to the state’s community colleges, the Lamar State Colleges receive no local tax revenue, resulting in an overdependence on tuition and fees. Last year, tuition and fees at the Lamar State Colleges were about $1,800 higher, on average, than Texas community colleges. Now, the cost difference is roughly half that amount.

The recently approved state budget provides an additional $17.3 million to narrow the funding gap between the Lamar State Colleges and community colleges. The Board of Regents dedicated 95 percent of this new money, $16.5 million, to reduce tuition and fees. The state colleges will use the remaining five percent to enhance student support services.

“The Texas Legislature and Governor Abbott deserve enormous praise for creating a more level playing field for college students in Southeast Texas,” said TSUS Chancellor Brian McCall. “Cost should not be a barrier to a college degree if we have the means to address it. This additional funding shows a strong commitment by our state leaders to the students of Southeast Texas.”

“I would like to thank Speaker Bonnen for his leadership and my colleagues in the Texas legislature for approving additional resources for the Lamar State Colleges,” Phelan said. “This

significant tuition cut will allow students to take more courses and reduce their time to get a degree, and graduate with little or no student debt.”

Phelan is serving his third term in the Texas House of Representatives. He proudly serves House District 21, representing both Jefferson and Orange Counties. He serves as the Chairman of the House Committee on State Affairs.

The Postscript: Marriage has a lot of privileges

The Postscript:By Carrie Classon I’ve been having my husband, Peter, cut my hair. I’m not sure I would recommend this... read more