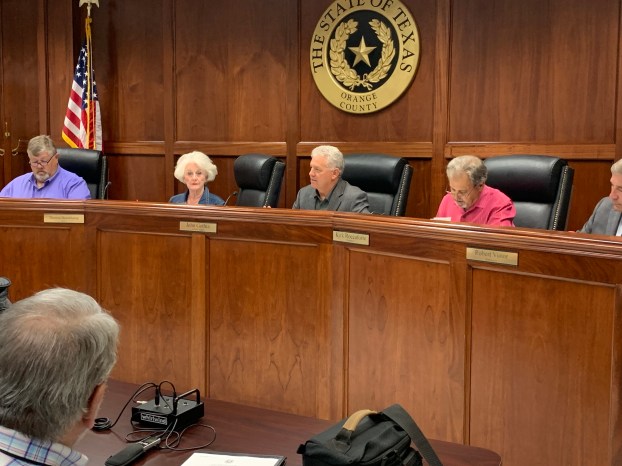 The court had a long and full agenda in which they took two closed sessions at the end of the meeting, one lasting roughly forty minutes.

During the meeting, the court approved multiple bill payments for the county, one being a payment of $17,100 to the Marsh Waterproofing Inc. The court also approved three bids for properties sitting at 8372 Old Hwy 62, Orange for $12,500, Sandbar Road, Orange for $2,400 and 190 Roberts, Bridge City for $8,125. The sale of the property will add them back to the tax rolls.

Before the meeting, the court was asked to make a nomination, one per precinct, to elect a representative to be a part of the Hotel Tax Occupancy Committee for a three-year term.

The court also renewed its TAC Health Group. The health insurance policy had a 9.9% increase in price while the coverage remained the same. While the price did increase the court decided this was still the best option.

Judge Gothia made a comment about the other bids that were received saying “most bids could not touch it.”

The court concluded their meeting with a closed session with a discussion involving the Assistant County Attorney regarding a pending or threatened litigation. There was no action made regarding this closed meeting.

By Dawn Burleigh The Orange Leader   The City of Orange will join the country to celebrate the cowboy culture... read more