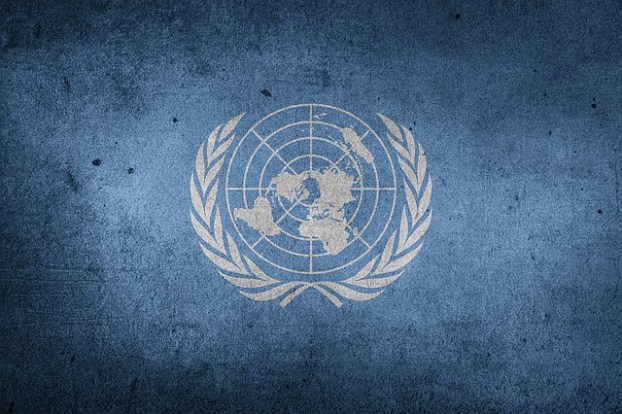 1 Thessalonians 5:3 – 3 “When people are saying, “Everything is so peaceful and secure,” then destruction will suddenly come upon them, the way labor pains come upon a pregnant woman, and there is no way they will escape.”

We are talking about “peace and security” this week as a sign for end times.

Things are getting faster and harder in the News as far as Israel is concerned.  Recently there was a two-day international meeting in Bahrain, led by Trump’s son-in-law, Jared Kushner.  It has been billed as the first part of Washington’s broader political blueprint to revive the Israeli-Palestinian peace process, which will be unveiled at a later date.  Hmmm.

It is so strange to me that the U.N. uses the exact same term of the Bible, which was written about 2700 years ago.

I can’t imagine the United Nations looking in the Bible and saying, “Oh, let’s use peace and security in our slogan like the Bible says.”

It just goes to show you God can manipulate anything He chooses.

What startles me about this prophecy is that God says there will be wars and rumors of wars, but He also says that people will state that everything is so peaceful.

It’s also a little coincidental that their logo is a “70” and they state “70 ways the U.N. makes a difference” so their touting that peace and security is happening.

If you Google peace and security in any form, the U.N. will pop-up.  So, it could be that scripture is referring to people talking about the United Nations, because how can we have “wars and rumors of wars” and talk about “peace and security” at the same time.

Or, is the scriptures in succession?  Only God knows the real answer because it is written in Matthew 24:36 – “But when that day and hour will come, no one knows — not the angels in heaven, not the Son, only the Father. 37 For the Son of Man’s coming will be just as it was in the days of Noah.  So even though God is the only one who knows the hour, we are still supposed to watch and pray.”

Matthew 24:42-44 states – “Watch therefore, for you do not know what hour your Lord is coming.  But know this, that if the master of the house had known what hour the thief would come, he would have watched and not allowed his house to be broken into.  Therefore, you also be ready, for the Son of Man is coming at an hour you do not expect.”

Karen Stevens A predominant prophetic sign that we are in the “end times” is the re-establishment of Israel, and Jerusalem... read more