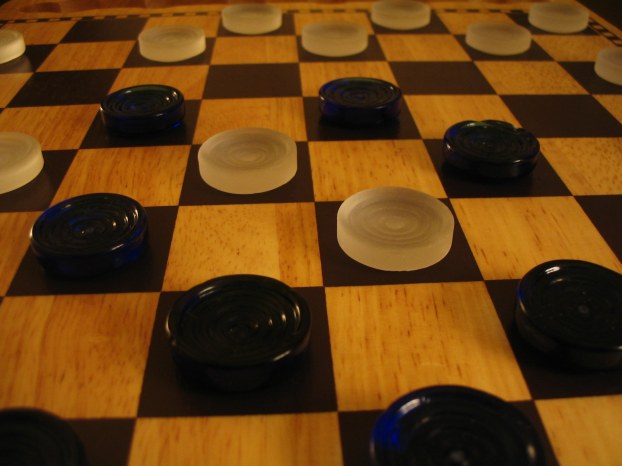 The time has arrived!  The American Checker Federation has sanctioned the first National Children and Youth Checkers Tournament in many years and the location is Vidor, Texas.   The date is this week, July 19-20, 2019. Players from across the United States are invited to come and challenge for the coveted right to call themselves the National Champion.

At stake is not the just the title, but also trophies, prizes, savings bonds and more. Coach Watson Franks of the Vidor Children’s Checkers Club says, “We have been waiting for this moment for quite a while.  Our children have worked hard in preparation and I think they are ready. We have some top quality players.”

There will be two divisions in this tournament.  The YOUTH DIVISION will be for ages 13-17. The CHILDREN DIVISION will be for ages 7-12.   As an added attraction, there will also be a Division for 7 and under. Florida is sending a five-year-old in case we had a young player ready to go.  The answer is yes! Coach Franks’ grandson, six-year-old Tyler Franks is up for the challenge. It should be a fun game to watch. Both will be winners!

This tournament has been a dream of Franks for some time.  The City of Vidor got behind this dream to make it a reality.  The dream plans to continue after this year and become a yearly happening for area.   It is hoped that this is just the beginning of a great tradition. Vidor is slowly becoming known not just in the USA, but across the World as a Checkers Capitol.

Checkers is known as a favorite Mensa game for centuries.  It was a game of Kings in England played by Royalty and by Commoners.  For decades in America, checkers was played at the county courthouse calling the elders to come and face off in a game of mental skills.  It is said, that Checkers is an easy game to learn, but takes a lifetime to master. Other countries around the World have very large children checker organizations.  It is taught in the schools and brings great crowds to large tournaments. Franks is hoping this same enthusiasm for checkers can catch fire in the United States.

The largest group that will be making the trip to Vidor this week is from Sunville Academy in Florida.  They will be arriving on Thursday afternoon. They have prepared and are ready for some checkers.

The highlight of the event will be a banquet on Friday night catered by Frankie’s of Beaumont.  It will be a time of fun, eating, and prizes.

Good luck to all contestants.  Let’s play some checkers! For more information call Watson Franks at 409-201-2543