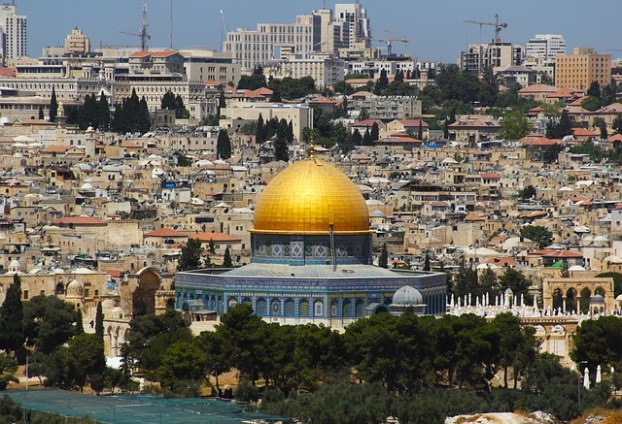 Image by Ekaterina Vysotina from Pixabay

A predominant prophetic sign that we are in the “end times” is the re-establishment of Israel, and Jerusalem returning to Jewish sovereignty.

These major, and seemingly implausible, events for nearly 2,000 years have to occur before Jesus’s return.

According to the Bible, Jesus is returning to Israel, and specifically to Jerusalem.  When God writes “in that day” we can believe this to mean the end times.  It actually means “the day of the Lord” as in the return of Christ.

I have a new-found love for the book of Zechariah, but that’s another article.  This week in our series is the obsession over Jerusalem.

In Zechariah 12:3 “Moreover, on that day I will make Jerusalem a massive stone for all the people.  All who try to lift it will be cut to pieces. Nevertheless, all the nations of the earth will be gathered together against her”.

Ancient Judah is now the capital of Israel which is Jerusalem.  It’s interesting to note that according to the Hebrew Bible, the kingdom of Judah resulted from the break-up of the United Kingdom of Israel (1020 to about 930 BCE) after the northern tribes refused to accept Rehoboam, the son of Solomon, as their king.

This week is so fascinating to me; the obsession over Jerusalem, when all of Israel is the size of New Jersey!  So why are so many countries against this little patch of land?  Because God said it would happen. Israel should not exist.  She should have disappeared hundreds, or even thousands, of years ago with the rest of the “ites” of the Bible: the Amalekites, the Hittites, the Canaanites, etc.

These and all the other great nations mentioned in scripture, including the mighty Philistines, have vanished, yet Israel remains.

For two millennia, the land has been overrun by foreign aggressors, and her people scattered to the far reaches of the earth and threatened with expulsions, persecution, and annihilation.  Without a homeland until 1948, Israel should have assimilated and ceased to be a recognizable people group. That they did not disappear completely into the cultures, in which they settled throughout the world, stands as evidence for God’s existence and faithfulness.

The scattered tribes of Israel are a fascinating mystery to the world, but they are not really lost.

The Lord knows where they are. He promised to regather them in the Last Days, and He is doing that in our time!

“It will also come about in that day that my Lord will again redeem— a second time with His hand— The remnant of His people who remain from Assyria, from Egypt, from Pathros, from Cush, Elam, Shinar, Hamath, and from the islands of the sea.  He will lift up a banner for the nations, and assemble the dispersed of Israel, and gather the scattered of Judah from the four corners of the earth.” Isaiah 11:11-12

It’s not over until God says it’s over

Demetrius Moffett In sports, there have been some great comebacks.  The Red Sox were on the verge of elimination losing... read more