An elderly Orange couple had a dangerously close call after dodging a dozen bullets aimed at their home on Wednesday night. Police are still searching for the shooters at this time.
Mr. and Mrs. Charles Edwards has lived at their home in the 900 block of John Avenue in Orange and never thought they would have to deal with this. 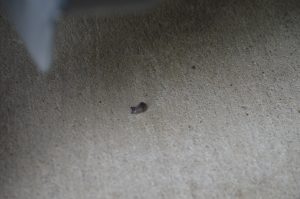 According to Mrs. Edwards, ” We are sitting around, and I asked my husband to ride to Wal-Mart with me to get some water in case we the hurricane would hit us.  It was around 9 p.m., and my husband said no he didn’t want to go. Luckily, I reminded him we needed to grab dinner also, so he came along with me.” 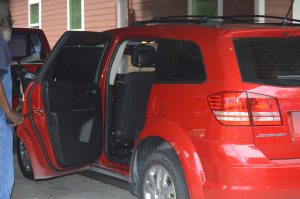 Upon returning home, the Edwards found that they received some unwanted visitors who caused severe damage to their cars and home.
The couple found a single shot through the front window of the home, and there are bullet holes all over their Dodge Durango with the windows shattered out. 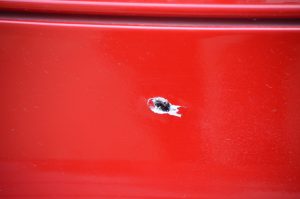 One bullet was found lodged into the rocking chair where Mr. Edwards usually sits and sleeps. 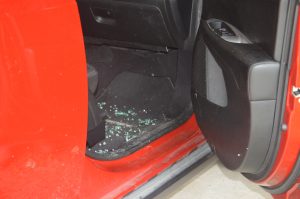 “It was by the grace of God we were gone at the time of this incident,” said the Edwards.

“It’s just unbelievable because we don’t bother anyone and we could’ve been dead Wednesday night. We could have died,” said Mrs. Edwards.
Orange Police are investigating this case and collected several bullet casings from the street and the couple’s home.

It is not clear at this why the Edwards were targeted in this case.