District 11-4A brings back plenty of skill 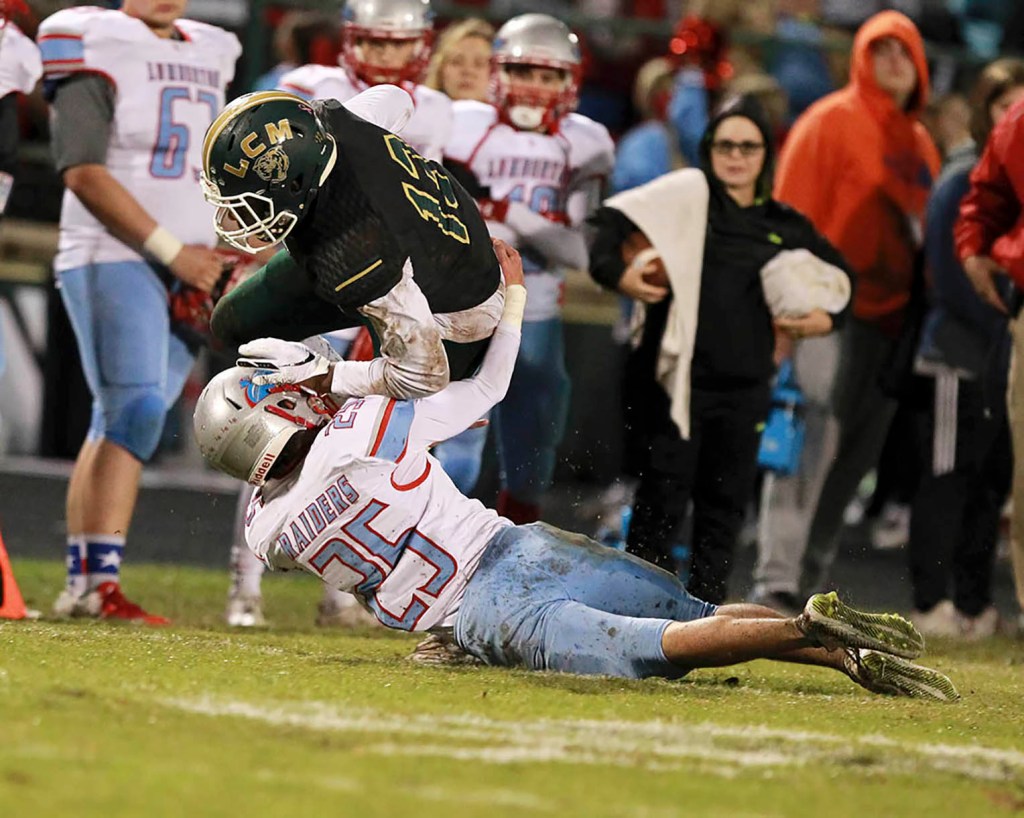 In what was a very competitive district last season, the District 11-4A Division I football loop should be even more competitive this campaign.

Though no playoff team advanced past the second round of the playoffs last season, the district was extremely competitive as the Splendora Wildcats held off the Lumberton Raiders to claim the title a season ago.

With so many teams with key returning starters, including the Little Cypress-Mauriceville Bears and the Bridge City Cardinals, the race should be wide open.

Splendora is picked by most to win the district yet again.

The Bears, who have made the playoffs for six of the past seven years but who are still looking for their first playoff victory since 1997, should be in the mix for a nice run.

Coach Randy Crouch welcomes back seven starters on each side of the ball as they will look to better last season’s 4-7 mark and 3-2 district finish.

LC-M has some nice weapons on the offensive side, including quarterback Ethan McCollum. McCollum will look to bounce back after injuries slowed him down as a junior. As a sophomore, McCollum passed for 1,130 yards and ran for 785 more as he earned Newcomer of the Year on the All-Orange Leader Team.

McCollum will look to get the ball to a strong trio of experiences receivers in Darien Williams, Brandon Pollock and James Williams while experienced running back Landon Bearden is back in the mix as well.

Defensive back KenTeon Champine is a top defender back after picking off three passes in 2018.

Bridge City was the youngest team in the district last season as first-year coach Allen DeShazo played a slew of young underclassmen. Plus, the Cardinals battled the injury bug at times. They will look to bounce back from a 2-8 campaign and a 1-4 district mark. The season looks bright with the return of 13 starters, eight on defense.

The Cardinals welcome back two hard-running backs in the forms of fullback Andy Lara (501 yards, four TDs) and tailback Rylan Ply (517 yards, two TDs). Ethan Oceguera, who played well all over the field a season ago as a freshman, will look to move into the quarterback spot.

Bridge City will look to improve defensively with most of their components returning, led by the likes of defensive end Jackson Tims (82 tackles, three sacks) and linebacker Garrett Ashworth (55 tackles).

The Wildcats, who had suffered in the 5A ranks the previous two seasons, liked bumping back down to 4A last year as they went 10-2 and went unscathed in 11-4A play with a perfect 5-0 mark under the guidance of coach Marcus Schulz.

The cupboard is far from bare this year as the Wildcats welcome back plenty key components, especially at the skill positions. Splendora returns six starters on each side of the leather.

Versatile quarterback Cody Thorndyke is back in the mix after passing for 1,450 yards and 19 touchdowns. His big-play receiver in Tyler Gamble returns as well. Gamble had 1,014 yards and 14 TDs receiving.

Linebacker Zane Obregon (72 tackles) is back to help anchor the defense. The Wildcats’ biggest weakness entering the season is building new front walls on both sides of the ball as graduation disrupted both lines.

The Falcons welcome back nine starters on offense and six on defense.

Leading the way will be veteran quarterback Justin Shively. Shively passed for 2,229 yards and 26 TDs as a junior last season and will be a three-year starter.

Shively will get to work with the district’s leading returning rusher in AJ San Miguel, who zipped to 1,645 yards and 10 TDs. The offensive line pretty much returns intact as Huffman will look for a couple young go-to receivers to blossom for Shively.

All-District linebacker Noah Zamora will guide the defense after making 103 tackles and six sacks, along with defensive back Luke Thomas.

The Lumberton Raiders also found their way to the postseason again after dropping down from the 5A ranks last season. The Raiders, despite suffering some tough injuries at the skill positions, finished 6-6 last season to reach the postseason.

The Raiders return five starters on offense and four on defense.

Drake Boykin will look to lead the way at quarterback in the Wing-T offense. He has plenty of backs to work with that include Clay Jenkins, Skyler Hussey, Cade Danna and Christian Sellers.

It was a tough first year of dropping down from 5A to 4A for the Livingston Lions as they once again went winless on the season.

Veteran coach Finis Vanover will look to turn the Lions’ fortunes around as Livingston returns seven starters on each side of the ball.

Running back DeBrian Rains is back after rushing for nearly 500 yards while all-district linebacker Cody Dupas is back after collecting 104 tackles and nine sacks.

The bottom line is 11-4A should be more competitive this year than last with so many returning parts for all of the squads, especially at the skill positions.