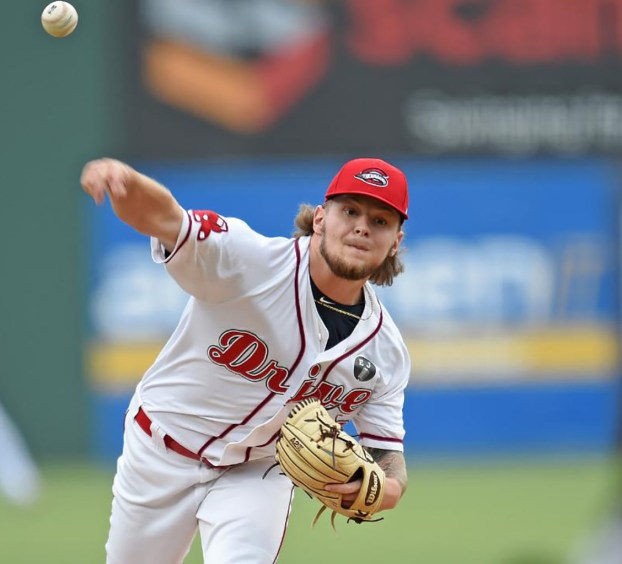 Photo courtesy Greenville Drive Chase Shugart improved to 4-0 on the season for Greenville after a 4-0 victory over Charleston.

Former Bridge City and University of Texas standout pitcher Chase Shugart has gotten off to an amazing start for the Greenville Drive, an affiliate of the Boston Red Sox.

Shugart is off to a 4-0 start after tossing a four-hit shutout against Charleston last Friday.

The win lowered Shugart’s earned run average to 1.76 for the Class A Greenville Drive.

Shugart has worked 46 innings. He has compiled 39 strikeouts while walking 10 and allowing just 37 hits.

Shugart started his career at Texas as a reliever but morphed into the No. 2 starter during the 2018 season. He finished with a 5-3 record, posting an ERA of 4.36. Shugart struck out 58 batters while walking 35 in 84 2/3 innings.

He was drafted in the 12th round last summer by the Red Sox organization.

He was a three-year letterwinner who pitched while also playing third base and outfield.

He earned District Most Valuable Player honors and was a all-state selection as a junior when he went 10-1 with a 1.64 ERA and 127 strikeouts on the mound and hit .360 at the plate. He was a 2014 Perfect Game Underclass third team All-American.