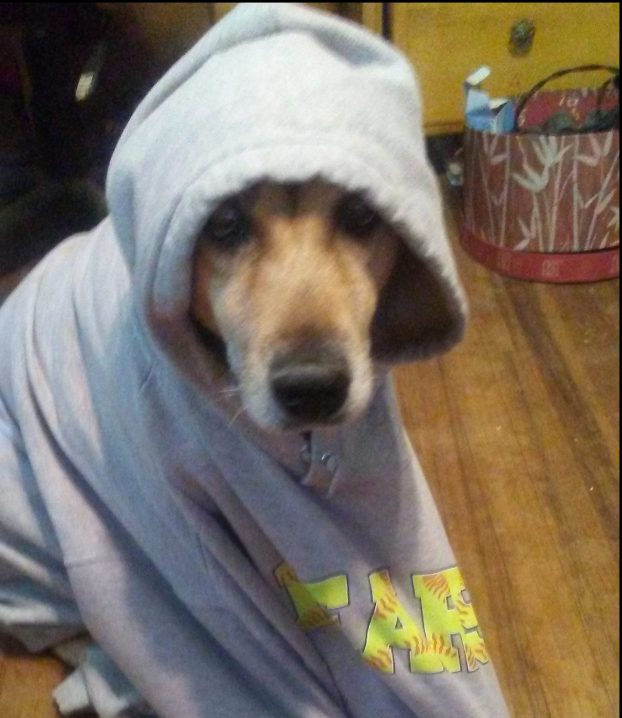 Story Over a Cup: Her majesty and the royal walk

The boys are who they are. Rambunctious, loud, playful, they are dogs who are for the most part crazy, average dogs.

Then there is their mother.

Imagine all three of the boys in a single furry body.

A 13-year-old Shepard mix. All the paranoia of Roswell, the heart of Bernie, and cunning of Bill.

Plus, one unique superpower – the most spoiled dog on Earth.

Had to stop writing for a second, Jada was whining. Her Majesty didn’t like one handed head rubs.

When she was younger, we decided we would train her to go for rides by rewarding her with a plain and dry cheeseburger from Wendy’s or McDonald’s.

To this day, she whines when we pass either. She wants her cheeseburger and is not afraid to let you know.

Even if we forget, at feeding or walking time, she starts her demand for attention.

Jada, when she realizes you are about to walk her, she runs and eats whatever is still in her food dish. It’s as if to say, let’s get some for the road.

Well, this brings me to the latest Jada adventure.

Jada, Roswell, and the case of the phantom cat.

It was a hot and humid night. Are there any other June Texas nights?

I had noticed that Roswell had been pawing at the kitchen door more than usual. I figured it was Roswell being Roswell.

Now, I put Roswell and Jada out together, and Bill and Bernie out together. Mostly for my sanity.

Well this particular time, Jada had noticed his pawing and I guess she smelled shared with Roswell.

So, the door flew open and out they went.

It was then I saw it. A medium sized cat. Now, Jada has been around cats and got along great. Roswell, never.

So, this would be interesting.

But this cat was having nothing of it. It was off and the chase was on.

Picture two 50-pound dogs trying mid-run to change course. f course, neither knew which way to turn so ran into each other.

Which led to snipping and barking by Jada. Quickly corrected, the two set off after the cat, which had disappeared.

They were sniffing the fence line, sniffing rocks, even higher than normal grass was a potential hiding spot to them.

Jada started to bark, which excited Roswell. Roswell started pacing and, in the act, slammed into Jada.

What is an Independence Day without Lee Greenwood singing God Bless the USA?