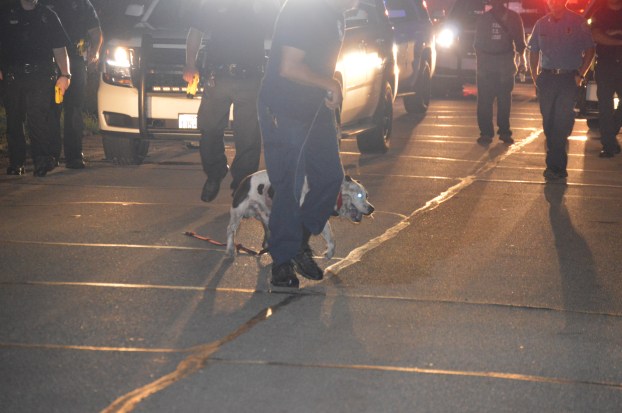 Police were forced to use tasers on a dog after responding to an animal attack at approximately 10 p.m. at the 1200 block of 3rd Street in Orange on Saturday.

When officers arrived, the victim was holding down a dog described as an American Pitbull Terrier.

The man had blood on his face and told the officers he was in need of medical attention, according to a police report.

Several family members were on the scene and placed a leash on the dog’s neck.

The man had severe lacerations on his face, left chest, arm, and calf. He was transported to the hospital by Acadia Ambulance.

Animal control officer arrived and took custody of the dog.

At large, according to ordinances passed by the Commissioners Court in 1991 and 1996, are dogs that are not on the owner’s property or owner’s control. To comply with the ordinance, a dog must be in a dog proof fence or on a leash at all times.

The ordinance covers all of Orange County.

The ordinance also requires owners of dangerous dogs to register the animal with the Orange County rabies and animal control authority within 30 days, and to restrain the dog at all times by leash or in a secure enclosure as well as having insurance or financial responsibility in the amount of at least $100,000 to cover damages from an attack by the dangerous dog.

Fish Fry for the Fourth