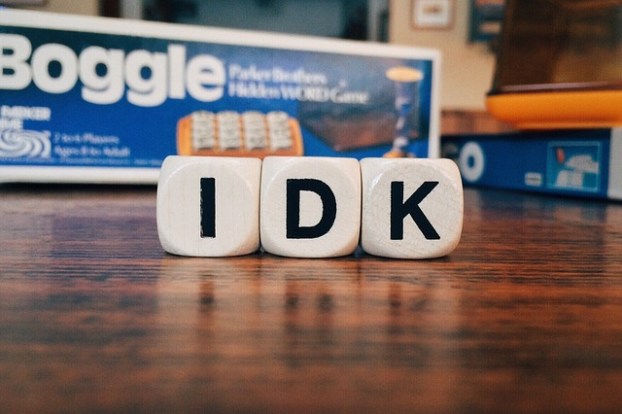 THE IDLE AMERICAN: Not in my back yard

So awash are we in acronyms these days, we may start tossing them asunder at any time. Such drastic action carries with it results akin to “throwing the baby out with the bathwater.”

Acronyms are everywhere, and youngsters using them–probably throughout the world–are rendering many “tried and true” acronyms obsolete.

We of wrinkled skin, wobbly knees and raspy voices–though sorry to see such obsolescence imposed–won’t protest much. We can abide the status quo, and simply choose not to make waves.

Take NIMBY, for example. The letters stand for “Not In My Back Yard.” Most folks remember the acronym and perhaps have used it.

Count me among those who are saddened by its demise.

Maybe we feel like it simply is “old hat,” what with all the fresh, new acronyms arriving daily, but there is a more likely reason. Basically, we are tolerating far more in our back yards than we used to, and in the side yards and front yards as well.

It takes fewer “wheezes,” of course, to yell “NIMBY” than to say the words. Some folks dissect the news thoroughly–whether fake or real–and a few “leather of lung” old-timers sometimes shake gnarled fists at goings-on in today’s world.

Some gestures are interpreted as “brags” when the intent actually is to register an attitude of protest. Oh, well.

This is true of both left-handed and right-handed fist configurations. (Since this is my column, I can list us, left-handers, first if I want to.)

Take the “good news, bad news” content of many current news stories. Let’s cite recent accounts of whales. The good news is that the whale population, in general, is the highest it has been in some 40 years.

The bad news is that for the total whale population, more are dying for lack of food. (In former years, we’d have said “starving.”) Some are beaching themselves on the coasts of California, Oregon and Washington. Crisis proportions have been reached, and officials are crying out for private owners of beach property to allow carcasses too, uh, decompose naturally. During one recent week on Oregon beaches, deceased whales were found daily. You are spared additional details that could quickly become offensive, but I must add just one: For every beached whale, there are 10 others who simply sink to ocean floors for ending of life.

To this account, Texans may rightly scream, “NIMBY,” assured of being quite correct.  One rarely hears of beached whales on our coastlines.

It is with some hesitation that I respond to findings posted by “FlipGive,” a Toronto based company aimed toward lessening the burden of parents with youth athletes. The company seems dedicated to defining stresses experienced by such parents. For youngsters’ participation in multiple leagues, seemingly in all sports, much is required of both the kids and the parents, including patience. All are treading water in ponds not entered by previous generations.

But, wait! According to “FlipGive,” Texas ranks NUMBER ONE! Wait again.

Granted, the “results” seem loosely based on a survey of only 600 families nationwide. Topics sound familiar, however. Reasons for stress are many. Leading reasons cited include “too expensive, team and league fees, time commitment and cost of travel.”

In short, Texans are “most stressed,” barely edging out California.

Last in the “top 10” are Kentuckians. They might have finished higher, but some dropped out of the “rat race,” leaving on the same horses they rode in on.

Fists, in general, should be lowered to half-mast about the nation’s biggest “cocaine bust” of more than 16 tons confiscated recently in Philadelphia.

In Merle Travis’ song “16 Tons,” the late Tennessee Ernie Ford warbled about our getting “another day older and deeper in debt.”

Today’s tonnage of drugs carries much worse results. Instead of clenching fists, let us fold our hands and pray.