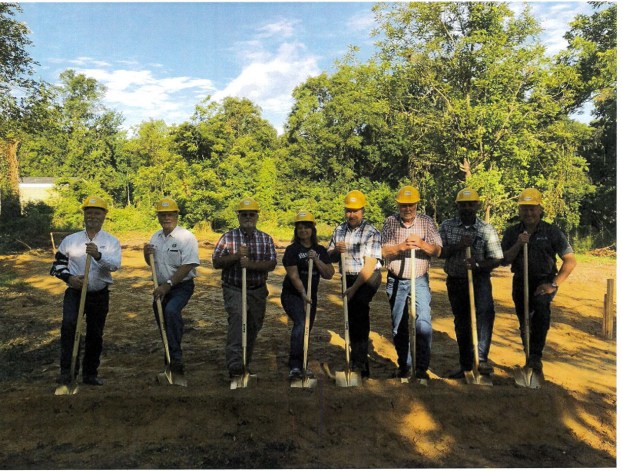 Nancy Brown along with representatives from Newton County, Gary R. Taylor and Associates (program administrator), and JW Turner & Associates (contractor) were all on hand for the groundbreaking of the ‘first’ new home to be built in the State of Texas resulting from the March 2016 flood.

Funds to build the home were awarded to Newton County and received by the HUD Community Development Block Grant Disaster Recovery grant from the Texas General Land Office.

After the shovels were put away and photo ops completed, Brown composed herself and made a statement.

She wanted to tell everyone how proud she s to be getting a new home. She expressed how ‘awesome and amazing” Gary R. Taylor and Associates and JW Turner & Associates have been to deal with.

She especially thanked Judge Kenneth Weeks, saying she feels he has worked so hard to help the community.

She urged other 2016 Housing Program applicants to be patient and know that Newton County officials, the General Land Office, program administrator’s and contractors are working very hard for county residents.

Judge Weeks responded by telling Brown how much he appreciates all she has been through to which she looked at him with tears and replied, “Thanks for my beautiful home.”

The next step is Brown’s story will come when she is handed the keys to her new home.

Here is Mother of the Week: Alonna Richard. You are the mother of the week and continue to do a... read more