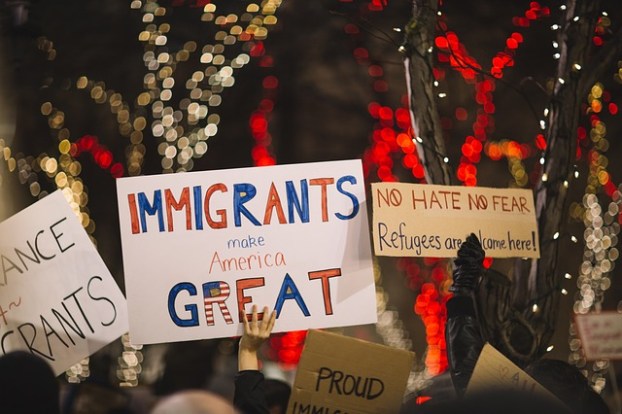 Image by StockSnap from Pixabay

Listening for immigration at the Democratic Presidential debates 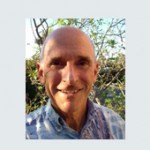 If you’ve been repelled by the family separations and other immigration-related cruelties perpetrated by the Trump administration, and if you plan to watch either or both of the upcoming Democratic presidential debates, please listen carefully – not just to what the candidates are saying, but how they’re saying it:  how they frame the issues. Will they present immigration as a discrete set of concerns (“fixing our broken immigration system”), or will they describe it in relation to broader historical struggles, distinctly American struggles, for human rights? It’s possible that if any candidates are willing to articulate a broader story, they may find themselves in a stronger position against Trump – and, possibly, on a stronger footing for leading the nation.

Consider, for example, the issue of voting rights and the current conflict over the 2020 census.  For some time, the Trump administration has been trying to add a citizenship question to the census, and recently it was revealed that a Republican strategist, Thomas B. Hofeller, played a significant role in urging this change as a way of giving a “structural electoral advantage” to Republicans and “non-Hispanic whites.”  The Census Bureau’s own experts estimated that up to 6.5 million people, representing households that included noncitizens, would not respond to a census questionnaire that included a question about citizenship. The result would be significant shifts in electoral representation.

This attempt to skew representation, based on the precarious status of millions of undocumented people in the U.S., is not unconnected to a larger effort to suppress votes, particularly of people of color.  One can look, for example, to the 2013 Supreme Court ruling that states with histories of discriminatory practices would no longer need federal clearance to make changes in voting policies. Six years later, legal battles continue over Georgia’s 2018 gubernatorial election, battles in which allies of defeated Democratic candidate Stacey Abrams cite many practices (voter purges, precinct closures, absentee ballot cancellations) that they claim blocked many African-Americans from voting.  The battle over the census is certainly an immigration battle, but as an electorally related issue, it is not a stand-alone concern.

Or consider the issues of racism and xenophobia.  Though many opponents of Trump’s immigration policies portray the U.S. as “a nation of immigrants,” such portrayals often don’t go very far in accounting for the racism and prejudice that have riven American immigration history since the nation’s founding.  Nor do they acknowledge the work of countless activists who struggled in courts, in print, and in other venues to resist, for example, the racism of the Chinese Exclusion Act of 1882, or the racially based immigration quotas of the Johnson-Reed Act of 1924, quotas not overturned until the mid-1960s.  If candidates are unwilling to acknowledge this history, they’ll be less able to describe the broader pattern of Trump’s statements and actions. This is a president who, in 2017, described white nationalist protesters in Charlottesville, Virginia as including “some very fine people.” This is the same individual who declared his candidacy in 2015 by railing against Mexico for sending us “rapists,” drugs, and crime.  The cruel effects of the administration’s policies (deaths in detention, family separation, children in cages) flow from an inexorable, dehumanizing logic of white supremacy.

This is why a bigger picture is needed, and this is why candidates who seek to take on Trump must bear witness both to the dark sides of American immigration history and to ongoing struggles for justice and human dignity.  They must be willing to speak out about the false, invidious binary separating “documented” from “undocumented” human beings – and share stories reminding us that yesterday’s stranger is today’s neighbor and friend. The young Eritrean woman whom I first met last year in California’s Adelanto ICE Detention Facility, dressed in prison fatigues and incarcerated for no other reason than her quest for asylum, is now out and a family friend – and a recent guest at my daughter’s wedding.

At the debates, the candidates will present their proposals, and I hope that at least some will make the case for abolishing the barbaric system of detention and shifting resources to the humanitarian support of people seeking safety and livelihood.  But as long as any candidate clings to a fragmented perspective and to the worn-out mantra of “fixing our broken immigration system,” he or she will miss a critical opportunity. It is the opportunity to educate: to inspire voters to rise to a new understanding of how the American experiment can involve a continuous reinvention and redefinition of human rights and democracy.  And it is an opportunity that the coming election season will present to us all.

My Five Cents: Bill to increase broadband in rural areas

District 3 State Senator Robert Nichols On July 4th, we will celebrate our nation’s freedom. The signing of the Declaration... read more