No. 3 Dow Salutes Veterans Chevrolet Camaro ZL1 was on display at the Dow Sabine River Operations site in Orange, on Monday. 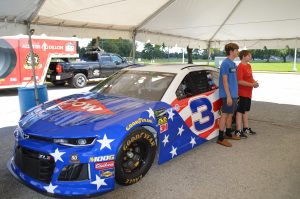 In a show of appreciation for the contributions of veterans serving in the United States Armed Forces, and the knowledge and attributes they add to the workforce, Dow and Richard Childress Racing honored the service and sacrifice of Veterans through a special, patriotic-themed No. 3 Dow Salutes Veterans Chevrolet Camaro ZL1 in the Monster Energy NASCAR Cup Series race at Michigan International Speedway on Tuesday.

The car proudly bears the names of more than 1400 veteran employees, contractors and family members on the hood, including many from our Sabine team and their families.

Austin Dillion, the driver, is 2018 Daytona 500 Champion. He is also a grandson of team owner Richard Childress. 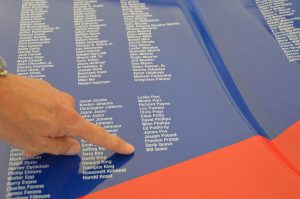 On the hood of the vehicle is 1,400 names of veterans submitted by Dow employees, including several from the Dow Sabine River Operations site. One veteran, Bill Quinn, was submitted by his son Mark Quinn.

“He was a WWII veteran,” Quinn said. “He passed away in the last year.”

Bill Quinn served in the Navy. 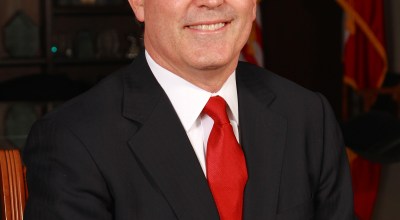