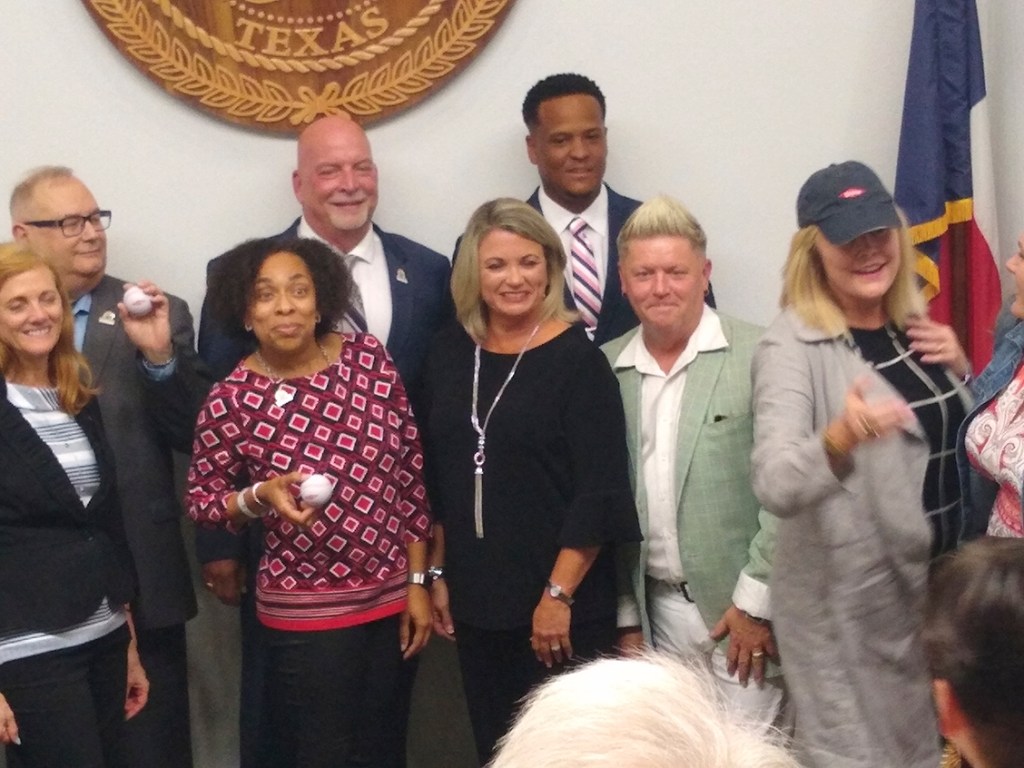 The Economic Development Council met to a packed house to discuss the Kilimanjaro and Houseman proposal concerning a new medical center at Eagle Point.

Dr. Rutledge and Jay Trahan, speaking on behalf of the new Gisela Houseman Medical Complex, stated that the complex will be built in phases to meet the growing needs of the citizens of Orange.

Dr. Rutledge said that from breaking ground till opening would be about 15 months.

Mayor Larry Spears, Jr, and other members thanked Mello for his service and mentorship while on the board.

Spears especially stated, “I love you, Bill. You meant a lot to me, and the pointers you gave me along the way.”

Mary McKenna, who takes over for Annette Carson’s Pernell, was not at the meeting, so she was not sworn in.

In other business, the council reelected Patrick Pullen as Mayor Pro-Tem.

The city was gifted a $50,000 donation and 100 volunteer hours from Dow Chemical.

“As Dow moved into Orange, it was important for us to meet the community where the community lives. So of course, it made sense to sit on the bleachers at Memorial Park with Mayor Spears. It was a cold and windy day in late January, but we could still imagine the sunshine high in the sky and the children with their families and friends playing lots of balls. There is a lot of life that takes place at the ballpark,” Stacey Gautreau, with Dow, said.

“One thing that stuck with us was Mayor Spears’ recollection of his time on the field as a child and watching his children. It was obvious, this was one of the places where Orange rallies around children and families,” Gautreau continued. “Mayor Spears also looked at the field as the first impression for many visitors to Orange. Harvey had taken a toll on this community meeting place. It didn’t look like the resilient community we knew of Orange.”

“Dow’s core values are simple: Integrity, Respect for all people and Protecting the Planet. What better way to walk out our values than contributing $50,000 to the park in order to rebuild what Harvey tried to weaken,” Gautreau added. “Orange is a resilient community. We want Memorial Park to be a symbol of that. We would like to invest not only dollars for maintenance and enhancements, we would like to donate 100 volunteer hours to these efforts to signify that we are 100-percent into making Orange a place to work, live and play. Thank you for being so welcoming to Dow and our families. We look forward to playing lots of ball together at Memorial Park.”