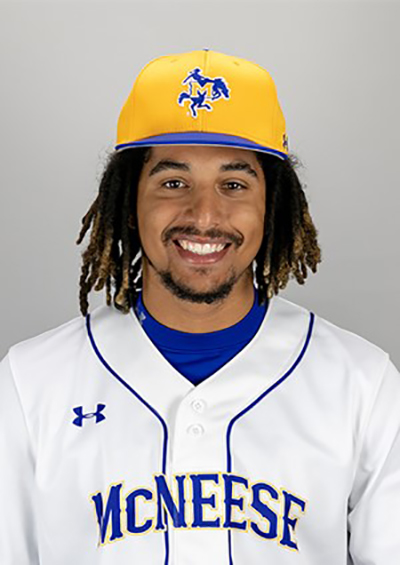 LAKE CHARLES – McNeese baseball added to its fantastic season with four Cowboys being named to the All-Louisiana first and second Teams – Nate Fisbeck first team at second base; pitchers Aidan Anderson, from West Orange-Stark, and Will Dion along with third designated hitter Clayton Rasbeary with second team honors as the units were released by the Louisiana Sports Writers Association (LSWA) over the weekend.

Fisbeck, a native of The Woodlands, Texas lead the Cowboys in every offensive category and broke a single season record for most at-bats.

In his final season with the Cowboys, Anderson made 27 appearances, both as a starter and a reliever, struck out 66 batters, had a complete game, and finished with a 3.29 ERA.

All-American Freshman Will Dion continues to rack up accolades after an unbelievable first season with the Cowboys.

Dion, a Sulphur High graduate, came to McNeese as a walk-on and became one of the best pitchers on the team from early on in the 2019 season.

With his team leading 29 appearances this season, he finished with a 1.98 ERA, a perfect 5-0 record, earned six saves, allowed only 13 runs with 11 being earned, struck out 62 batters, and held opposing batters to a mere .155 batting average.

Rasbeary, a native of Rockwall, Texas, added this honor to his trophy case after being the only Cowboy named to the Southland Conference First Team.

He played in 54 of the 55 games this season and had a hit or reached base in 48 of those 54 games. He also finished the season with a team leading .312 batting average, tied for first in home runs and RBIs with 10 and 46, second in hits with 64, and a slugging percentage of .532.