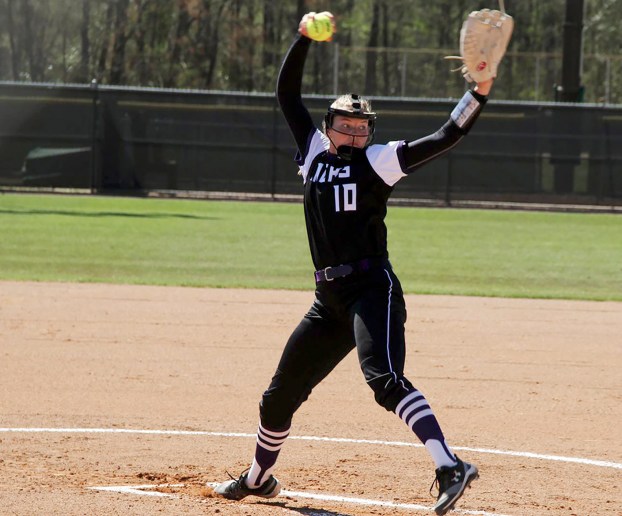 Photo courtesy SFA SID Office SFA’s Kassidy Wilbur had a huge season for the Lady Jacks in her first year.

Wilbur was named the Southland Conference Freshman of the Year at the end of the regular season.

Claiming Southland Pitcher of the Week accolades three times (Feb. 12, March 18, March 25), Wilbur was selected as USA Softball Collegiate Player of the Week on Feb. 12 following the opening week of her collegiate softball career. She went 4-0 and posted an unblemished 0.00 ERA with 32 strikeouts in 22 innings inside the circle, setting the program record for most strikeouts by a SFA pitcher making her debut by fanning 15 in her first collegiate start in the season opener. Wilbur finished with 256 strikeouts.). In Southland play, she ranked second in the league in strikeouts (136), opponent batting average (.197), strikeouts looking (29) and innings pitched (119.1), while third in wins (11).

By Jonas Shaffer Courtesy Baltimore Sun It took a hug and an affirmation of love, but Tony Jefferson joked... read more