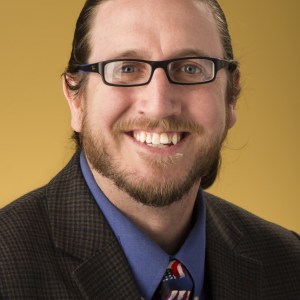 Imagine for a moment that political discussions can assume the same evidence-based knowledge as active components in decision making as treatment pathways do when responding to illness and disease. The impact of care is studied out of a need for protecting and preserving the quality of life. Politics should also serve these same ends, but, indeed, politics carries burden healthcare does not: different values. Forgetting that there are legitimate differences in values—like I prioritize equality over security or others prioritize fiscal responsibility for freedom–let’s briefly return to the idea of truth as a foundation for politics and policy.

Ignorance presents a challenge to the truth. After all, there is no way to accommodate good decision making when there are serious gaps in information. Medical professionals make diagnostic tests in order to figure out what’s wrong, the same as mechanics do when the check engine light comes on in your car. Drinking water, for example, will help alleviate a headache caused by dehydration but is unlikely to help much for a headache caused by meningitis.

The (then) War Department, published Training Manual No. 2000-25, in Washington, D.C., November 30, 1928. It provides instruction on being a citizen and describes and defines key terms. “These precise and scholarly definitions of a Democracy and a Republic were carefully considered as a proper guide for U.S. soldiers and U.S. citizens by the Chief of Staff of the United States Army.” What people should, or should not do, has always been a source of conflict, but “a well-informed public” is enumerated in most democratic prescriptions. After all, the power is in the hands of the people and information is prerequisite to good decision making. The current political crisis in the United States could actually be resolved with evidence-based decision making.

Do not take my word for it, read the “Report on the Investigation into Russian Interference in the 2016 Presidential Election” (in short: “Mueller Report”) yourself. Once you have read it you will likely have the same conclusion that everyone (except William Barr, but virtually literally everyone else) has. An abbreviated list of the evidence:

4) Russia hacked the accounts of multiple people involved in the Clinton campaign and illegally dumped that material, to the Trump campaign’s benefit (vol. 1, pp. 36-50).

5) Russia also made cyber attacks on U.S. state and local entities, state boards of elections, secretaries of state, and county governments including their employees (vol. 1, pp. 50-51).

6) Mueller decided not to charge the president for obstruction, because of a Justice Department policy (vol. 2, pp. 1-2, 8).

Or, read the executive summaries provided with the report, volume 1 (pp. 4-10) and volume 2 (pp. 1-8) provide the reader with the important conclusions from an assessment of the evidence.

If, as a country, we do not seriously push back against dishonest politicians and the politics of corruption, then we are responsible for the ugly outcomes. Walter Cronkite said, “Freedom is a package deal… with it comes responsibilities and consequences.” I believe we have moved past the point of debate; the facts are crystal clear as is the next step. But we have not moved at all; we are living in the gross injustice of dishonesty—we are failed by citizens ignoring their patriotic responsibilities to inform themselves and respond to the undeniable corruption and we are more supremely punished by the death of democracy. Political thieves are getting away with their immoral and illegitimate inaction by claiming all the power, even though the numb and fatigued public could seize it legitimately. Reclaim the urgency and higher ground by addressing the ignorance and dishonesty of our times—read and react to the Mueller Report—or you will be sorry.

Why is going green so hard? Because our system isn’t

By Jill Richardson   Every year around Earth Day, I’m reminded of papers I graded in an environmental sociology class. The... read more