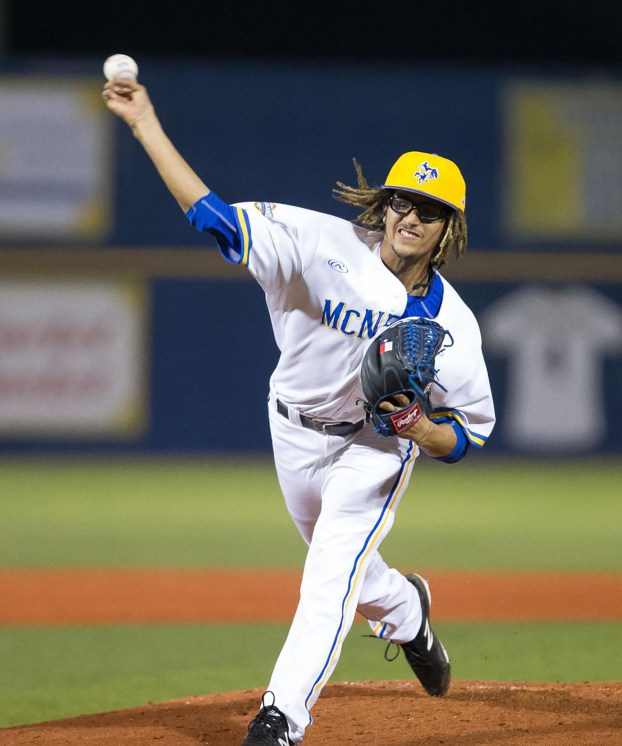 In his final season with the Cowboys he made 27 appearances, both as a starter and a reliever, struck out 66 batters, had a complete game, and finished with a 3.29 ERA.

“I’m so happy that Aidan will continue his baseball career with the Phillies organization,” said head coach Justin Hill . “There’s not a doubt in my mind he will have success in professional baseball. He’s earned this and I couldn’t be more excited for him.”

The McNeese Cowboys baseball team won their first Southland Conference Tournament Championship since 2003 in May after defeating the Central Arkansas Bears 4-2 in Sugar Land.

With the win, the Cowboys earned the league’s automatic bid into the NCAA Tournament.

McNeese (35-26) rolled through the tournament field, winning four straight games without a defeat while holding its opponents to a total of eight runs.

“We’ve come a long way,” said head coach Justin Hill. “The boys did a great job. They could’ve packed it in early when a lot of tight ball games didn’t go our way. But the character and resiliency showed for our team. We got hot at the right time.”

Anderson, who entered the game in relief of starter Bryan King with two outs in the top of the fourth inning and the bases loaded, notched his second win of the tourney and was named tournament MVP.

Anderson (7-6) threw 3 2/3 innings and allowed just one hit and one run while striking out five. Will Dion picked up his seventh save of the season by throwing the final 1.2 innings of scoreless ball.

Anderson (6-6) allowed just five hits against the Cardinals while walking two and striking out four. He threw 133 pitches in the contest and faced and the minimum in the final 6.1 innings pitched.

At WO-S, Anderson was twice named to the All-Orange Leader Team. He helped lead the Mustangs to the Class 4A state title game as a senior.

Anderson’s twin brother, Grant, was drafted by the Seattle Mariners last year and chose to go to the minors.