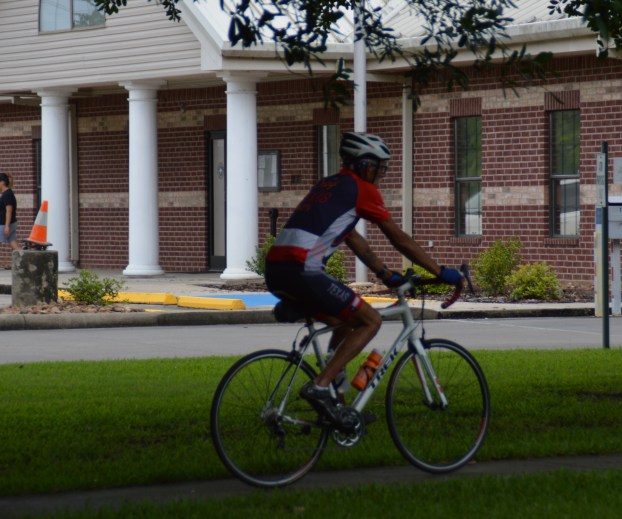 Dawn Burleigh/The Orange Leader Ricker Ledoux Sr. rides through West Orange City Park as he prepares for a bike ride to Dover, Delaware. He will leave on Saturday morning.

Riding for a cause

WEST ORANGE — Ricker Ledoux Sr., 70, will kick off a bike ride to honor and raise funds for Vietnam Veterans on Saturday and will ride for the next approximately 21 days.

Ledoux will leave at 7:30 a.m. Saturday, June 22 at the Old Community Bank in Deweyville and ride his bicycle to Dover, Delaware all to raise funds and awareness for Vietnam Veterans.

Ledoux understands the needs of his fellow brothers in arms as he too served in the war. He enlisted in 1968. He modestly said he received the standard medals. 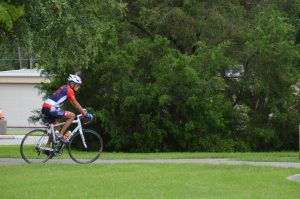 Ledoux was a runner for many years before an industrial injury prevented him from the activity anymore.

“I use to ride a bike until I got a job which did not allow it in the time frame,” Ledoux said. “When I retired, I started riding again. It keeps me out of trouble… sometimes.” He smiled as he added the last word.

Depending upon the weather, Ledoux estimates he should be able to ride approximately 200 miles a day. He plotted the course along flatlands to aid in speed while creating a longer trip.

This is not his first long-distance trip. He rode to Minnesota last year. 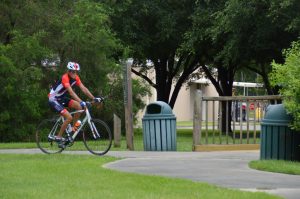 Riding is something which he describes as keeping him healthy and enjoyable.

“I want to send him off with a big bang this year,” Patty, his wife said. “Last year, I sent him off from our front door while crying my eyes out.”

The shirts the crowd will be wearing read:

Ledoux will wear a shirt he said will be recognized by those in the military. As an alternate shirt, he will wear the shirt he wore on his last trip which includes Orange 112% on the back.

Ledoux is still seeking sponsors for the trip.

Donations can be made by check payable to: