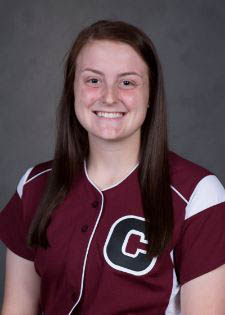 Last season (2018), she was named to the SCAC All-Tournament team after helping Centenary finish third for the second time in three seasons. They also finished third this season.

She graduated May 4 with a Bachelor of Arts Degree in Psychology with a minor in English. Gillet was named to the Dean’s List during the Fall Semester of 2018 and the Spring Semester of 2019. She was also named to the SCAC’s Academic All-Conference Honor Roll during the 2016, 2017, and 2019 Spring seasons. At Centenary, she was very involved as a Maroon Jacket (Ambassador) and also served as First Vice-President of Zeta Tau Alpha Sorority.

Wendy plans to teach elementary school and is currently working towards her teaching certification which will allow her to teach core subjects and special education. She also plans to enter an online master’s program to receive her Master’s Degree in Education.

Last year at the conference tournament, hitting a walk-off grand slam to extend the Ladies season was pretty special to her, but her favorite memory is having her father (Wade) in the stands for all 163 games of her collegiate career. “It is something I will cherish forever,” says Gillet. “Without him, I would never have had this opportunity and I owe all my favorite Centenary softball memories to him.”