June 6 is an important day 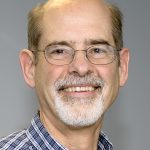 Chris Kovatch and Christi Thayer were married on June 6, 1997, if my calculations are accurate.  This Kovatch family celebrated their 22nd wedding anniversary according to a social media post by Chris on Thursday.

Kovatch is a regular contributor to The Orange Leader chronicling events and milestones of his family while also musing on topics and events in their lives.

Others have chosen June 6 for their wedding date.  Choosing a wedding date can be as simple as settling on a year, month and day of the week.  The date may or may not be significant.

The headlines on the front page of The Orange Leader were as follows:

A sampling of the headlines on the front page of The Orange Leader were as follows:

June 6 has been for 22 years and will be for years to come M-Day for the Kovatch’s.  But it was D-Day for Allied Forces in World War II.

D-Day was the day an invasion took place on Omaha Beach in Normandy, France.  It is considered a turning point in the struggle against Germany.

One week ago today, Orange Rotarians and Lamar State College-Orange staff gathered at the Brown Center as a time capsule was unearthed.

You can read about it in the Wednesday, June 3 edition of The Orange Leader.

There were many items in the capsule.

One, in particular, was significant.

It was a plastic jar 1/3 full of muddy sand.  The label on the jar indicated the sand was taken from Omaha Beach in Normandy; the beach where allied soldiers invaded Northern France seeking to defeat Hitler’s Third Reich.

It is appropriate to commemorate an invasion on a beach in France.  The D-day invasion was significant. It is a part of the price our nation has paid for freedom and a way of life, which allows us all unlimited opportunity.

Bobby Tingle is the publisher of The Orange Leader. You can reach him at bobby.tingle@orangeleader.com.