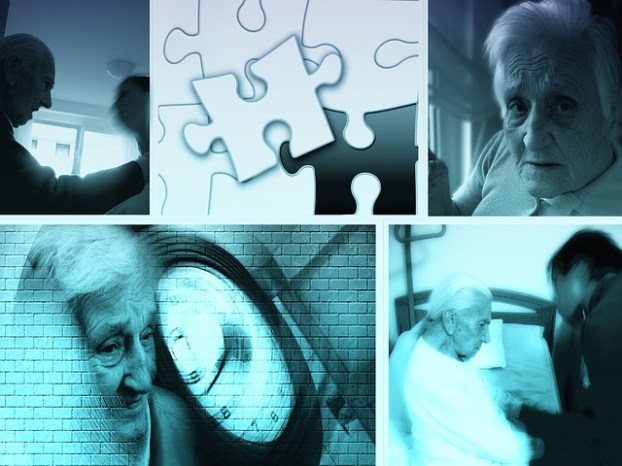 Image by Gerd Altmann from Pixabay

AUSTIN, Texas — Alzheimer’s disease is the most expensive disease in America, costing the country more than heart disease and cancer. The escalating Alzheimer’s epidemic has profound implications on individuals as well as state and federal governments.

Numerous bills focused on dementia were considered during the state legislative session. The Alzheimer’s Association championed for and is thrilled to announce the passing of three historic advances in the fight to end Alzheimer’s.

The 2020-2021 State Budget passed with an additional investment of $1 million for The Texas Department of State Health Services’ Alzheimer’s Disease Program.

The Alzheimer’s Disease Program (ADP) provides information and resources to improve care and support for persons with the disease and their caregivers. With these additional and necessary funds, the ADP will have the capacity to provide educational resources for physicians and healthcare professionals about the value of early detection and accurate diagnosis; increase public education about brain health and dementia risk reduction, and; maintain Alzheimer’s data in the state.

By comparison, Florida invests $26 million annually in similar programs, while Georgia invests $4.1 million. Texas Alzheimer’s Association advocates are proud to see the state join in the ranks of other states demonstrating a clear commitment to addressing Alzheimer’s disease.

“I am proud that the Texas Legislature recognizes the need for more investment in the Alzheimer’s Disease Program,” said Representative John Zerwas, M.D, chair of the House Appropriations Committee. “We must equip Texas physicians with the tools to help patients and their caregivers.”

In addition to the historic increase in funding, the Alzheimer’s State Plan bill (S.B. 999 Campbell /H.B. 1915 Zerwas) has been signed into law.

The Texas State Alzheimer’s plan will explore the current impact of Alzheimer’s disease in the state and outline what steps the state and necessary stakeholders must take over the next five years to improve services and support for people with the disease and their families. Senate Bill 999 by Senator Dr. Campbell of New Braunfels and its companion bill, House Bill 1915, by Representative Dr. Zerwas of Richmond, requires Department of State Health Services to coordinate the development and implementation of a five-year state plan on Alzheimer’s disease and related dementias.

“I advocate not only for myself, but the 390,000 Texans currently living with Alzheimer’s,” says Debbie Waskow of Bryan, TX who is in the early stages of the disease. Waskow serves on the Alzheimer’s Association National Early Stage Advisory Group and illustrated a good measure of courage this March when she traveled to the state capitol building to stand with over 150 other Texans advocating for legislation to address the growing threat the disease poses. “We were one of the first states to have a plan to address Alzheimer’s, but our plan was outdated. I am so excited to know we will now have a regularly updated state plan that continues to improve support and services for people with Alzheimer’s and their caregivers.”

H.B. 3428 will help reduce elder abuse and neglect, increase the rate of reporting, and improve understanding of how cognitive impairment may affect screening, investigation, and service planning.

H.B. 3824 by Representative Giovanni Capriglione (District 98 – Southlake) requires an initial 4 hours of dementia training and 2 hours of continuing education annually for Adult Protective Service employees and certain Area Agency on Aging workers. This bill will help to ensure that the workforce is adequately trained in providing care and support to the dementia community.

“Alzheimer’s is a triple threat–with no way to prevent, treat, or cure the disease,” says Melissa Sanchez, Texas Public Policy Director for the Alzheimer’s Association. “Until we find a cure for this devastating disease, support for those living with the disease and their caregivers must remain a priority in our state. This increased investment in Alzheimer’s care and support is a big win for the 390,000 Texans living with Alzheimer’s disease and the 1.4 million caregivers who provide over $20.5 billion in unpaid care. We greatly appreciate the leadership of all our bill sponsors this session and the overwhelming support we received from the legislature.”

To The Leader   AUSTIN, Texas —which will help millions of Texans on Medicaid receive better transportation services for their... read more