Husband receives kidney from his wife on anniversary 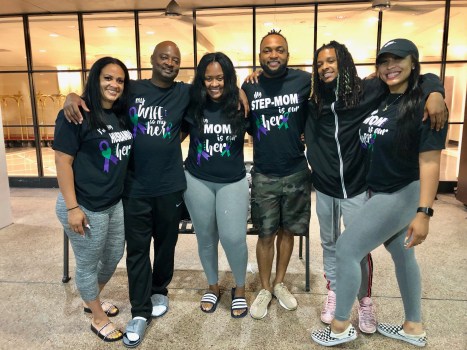 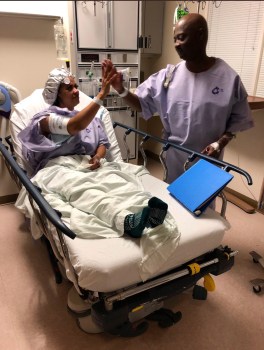 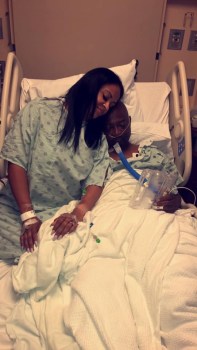 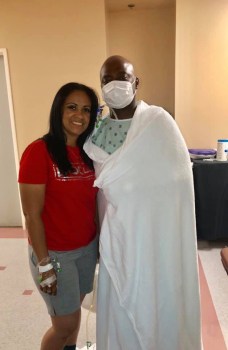 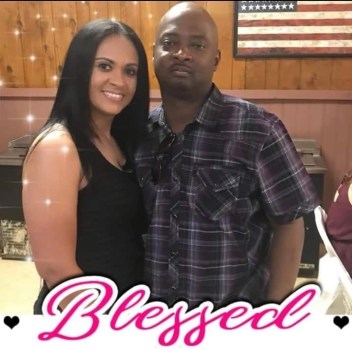 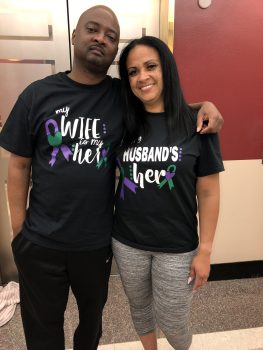 This year’s anniversary and Memorial Day was quite different for the Davis family as they had their own reason to have fireworks.

The sparks were special and came with deep emotions and a great deal of relief as 39-year-old Hattie Davis had feared she would lose her husband, 43-year-old Marco Davis after he was diagnosed with a kidney disease.

The couple had faced several challenges since they fell in love and married on May 25, 2000.

Twenty years ago, Marco was diagnosed with an immune disease known as Lupus. 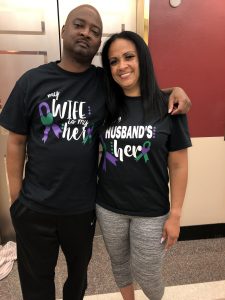 People with lupus are at increased risk for atherosclerosis (hardening of the arteries). In some people, inflammation can occur in the heart itself (myocarditis and endocarditis) or the membrane that surrounds it. Endocarditis can damage heart valves, which can result in heart murmurs. When the disease affects the kidneys, patients generally require intensive drug treatment to prevent permanent damage. Lupus also may attack the brain or central nervous system, which can cause seizures or stroke.

In August 2018, while battling Lupus, Marco began to lose function in his kidney. Doctors stated that Marco would need to be placed on a kidney transplant list to find a comparable donor.

As many people may know, donors are not something that is easy to find, but Marco never thought the donor would be right next to him.

The person he took his vows with for sickness and health, till death do us part, has a true meaning to Hattie. 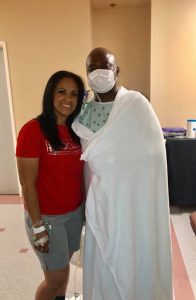 “I immediately told doctors I wanted to try to be the one to save Marco’s life. I didn’t want anyone else to try unless I wasn’t a match,” said Hattie.

The Davis’ started doing their tests comparing in August and December of 2018.

“I had to go through extensive testing and about five appointments back to the Houston hospital,” Hattie said. “It came with a lot of sacrificing and lifestyle changes, but I didn’t care what I had to do I was determined that he was going to get a new kidney.”

“All I could do was pray about it believe it and let God work it out,” Hattie said. “I always told Marco we were meant to be and when I started testing that I was going to be his match it was a spiritual feeling I felt.”

The couple faced the struggles of young parents raising children and fighting an illness but it did not deter them.

In late March, Doctors revealed the couple was a match for the transplant.

Though they were told about the risks that could arise after the transplant, the couple was determined to do it together.

It took a toll on family finances.

The surgery was a 112-percent success for the couple, just in time for Memorial Day and their 19th anniversary. On May 29th, the Davis’s underwent a successful kidney transplant at a Houston hospital.

Hattie Davis said, “I had no idea that this was something that would be so touching to everyone. Just to share our little testimony to this journey also to let you know how he’s really my hero”.

Thanks to the kidney she donated, married life has its true meaning inside and sacrifices, according to Hattie.

“There is no room for egos and, along with patience, one must develop the resilience and fighting spirit to see through challenges together,” Hattie said.

“Dad has just too much love for us but to finally see the reward coming back to him shows his love. Every moment going back and forth was hard, but now it has all paid off,” Marlaysia Davis, daughter, said.

“It’s hard watching a parent being sick when there’s nothing you can do about it,” Kia Davis, daughter, said.

Marco considers it a “second chance at life”. 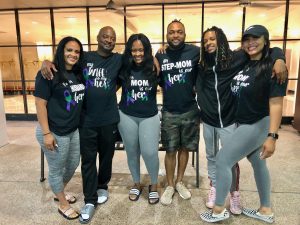 “I was rather calm about the whole situation and went about life normally,” Hattie said. “But I never knew we would touch people from all over like this. It was a tense period for my husband as he had to manage his budget and go for the medical tests.”

“Despite the fear of losing me, my family members were positive and were there to take me for medical appointments,” Marco said.

Both Marco and Hattie have now been released from the hospital, while Marco is recovering with his mother and can’t wait to return home to Orange.

Soon he knows he will be reunited with his family and his true friends that have made a successful transplant worth more than winning a million dollars in the lottery.

“As a mother of a son that has been diagnosed with an illness that is incurable, it is a feeling I’ve had to live with for 21 years. As the years passed by, my son has always been the son I know he is, even with the pain,” Jackie Rubin, Marco’s mother, said. “When I finally got the news that he was going to receive a kidney from his wife, it was like having my son born again. Today I am enjoying the times I am having with him while he is on the road to recovery.”

This story shows a Romeo and Juliet relationship can turn into a life-changing and lifelong bonding between two people. Now they share an ultimate piece of each other because they have organs that will forever hold them together.