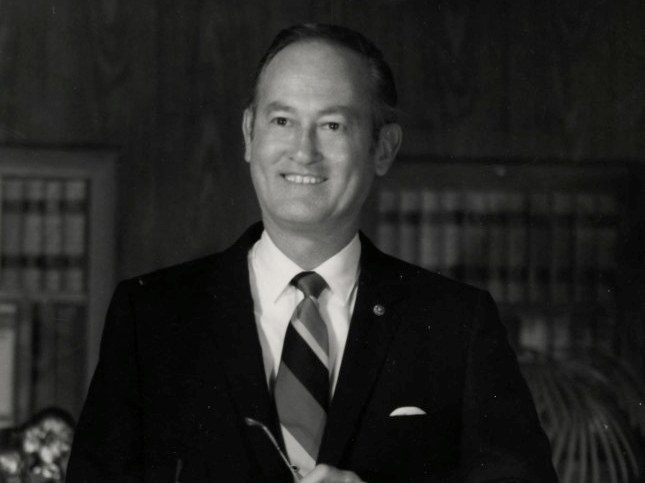 One was nationally renowned, known for the spoken word–the other, for words written down.

The former was radio newsman Paul Harvey; the latter–as eloquent in print as Harvey was on the airways–was William Arthur Ward.

They were genuine to the core. During these days when too much is called “fake news,” these inspirational giants deserve “top shelf” status, the kind one could take to the bank.

Both were day-brighteners, and they both died in this season of the year– Harvey, age 90, died a decade ago on February 28 and Ward, 72, a quarter-century ago on March 30.

Ward and Harvey were both as humble as they were gifted, and their words spread across America and beyond, thanks to radio and the printing press.

Harvey, a mainstay at ABC News in Chicago, offered radio commentary twice daily. It is remembered for his Rest of the Story. Ward, best known in Fort Worth, TX, served in various capacities–including Assistant to the President–during his 40 years at Fort Worth’s Texas Wesleyan University.

They were passionate about word selection, committed to using as few as possible. Harvey signed off each newscast with a hearty, “Good day,” and Ward claimed an inch or two of front page space in afternoon editions of the Fort Worth Star-Telegram.

It carried the same headline daily, “Think It Over.”

Oh, for them to be in harness today! It would be the equivalent of the late Kate Smith’s belting out “God Bless America” on every street corner in the land.

I clearly remember Dr. Ward’s funeral service. It was on a Saturday morning, which meant folks who really wanted to attend could do so.

There was no need for concern about attendance. First United Methodist Church, one of Fort Worth’s largest worship venues, was packed out.

Coming to mind during this triumphant funeral service was lunch a few years earlier with Dr. Ward at his beloved TWU. As I pulled into the parking lot, Dr. Harvey was winding up his midday commentary. I paused before leaving my car when he said, “And this closing thought from the wondrous pen of Dr. William Arthur Ward.”

Ward’s passing left a void in the pages of many well-known publications, including the Readers’ Digest. Words of both men live after them, many of Dr. Ward’s in several books–including many on coffee tables throughout the land. His Thoughts of a Christian Optimist remains a favorite.

I welcome the opportunity to mark these milestones of their passing.

They were, by all measures, inspirational to a nation.

It is absolutely worthwhile to revisit works of both. Check with “Mr. Google.”

Leadership remains difficult to define. It’s no easier than herding cats or holding the attention of kindergarteners. (One teacher says her work with five-year-olds is like trying to keep 25 fishing bobbers underwater at the same time.)

My Uncle Mort, now 106 and opinionated since “diaperhood,” claims he has read and heard much about leadership, but he scratched his head when I asked him if he’d ever seen what he considered to be a 100% true leader.

“I don’t think so, nephew,” he opined. “I guess they’re like abominable snowmen. Their tracks are everywhere, but nobody has ever seen one.” My uncle has long since been happy as a “guy in the crowd.” Once, though, he headed a church committee, showing up with a “gimme” cap emblazoned boldly: “I am their leader. Which way did they go?

I thank God for men like Drs. Harvey and Ward.

They could easily have thought only of themselves.

Instead, they thought of others.